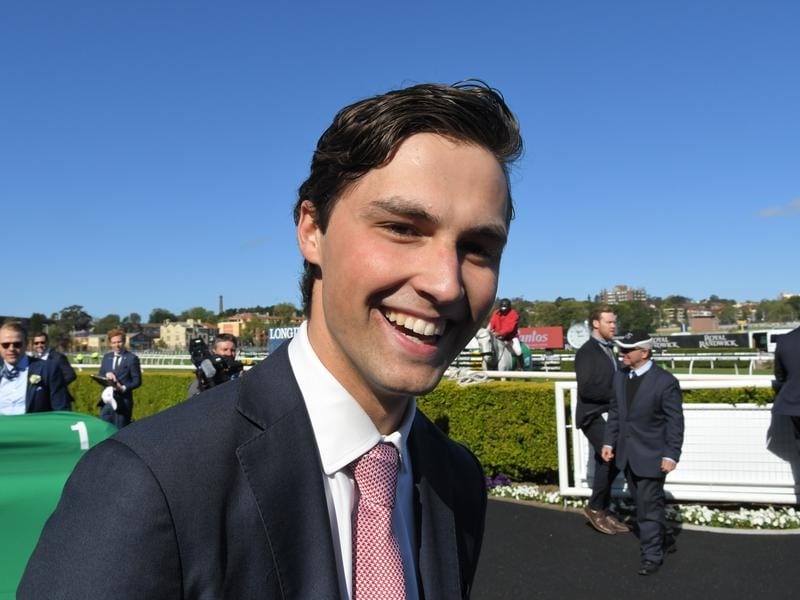 Sprinter Santa Ana Lane is set to join stayer Steel Prince in the paddock with their spring goals confirmed.

Santa Ana Lane was recently chosen for the TAB’s slot in The Everest while Steel Prince earned a start in the Melbourne Cup with victory in Saturday’s Andrew Ramsden.

Sam Freedman, assistant to his trainer/father Anthony, said knowing their goals were confirmed took some of the pressure off.

Winner of the TJ Smith at Randwick during The Championships, Santa Ana Lane finished fourth in the Chairman’s Sprint Prize at Sha Tin on April 28.

Santa Ana Lane completed two weeks quarantine at Mickleham on Monday before heading to the paddock with Steel Prince on Tuesday.

“He looks great and he took it (quarantine) all in his stride,” Freedman told broadcaster Racing.com.

“He’ll only have a couple of weeks but he’ll enjoy his time in the paddock now and then we’ll get him down to Pinecliff to start his preparation and then he’ll end up at Flemington just before he gets to the races.

“We know where we’re going with him which is a big advantage and we’re just in the process now of plotting his preparation.”

Santa Ana Lane’s form shows he runs his best when his races are spaced and the Freedmans are pleased to see this year’s Premiere Stakes offers a three-week break to The Everest rather than the two weeks of last year.

With a Melbourne Cup start confirmed, Steel Prince, who is unbeaten in five starts for Freedman, will have a longer break.

“He headed off to the paddock today and will have a month there and then we’ll look to map a path, whether he has three or four runs before the Melbourne Cup,” Freedman said.

“Knowing we’re in the race we’ll probably look to protect whatever weight he has and keep him down in the weights.

“He’s still going to have to improve next preparation to be a real live chance in a race like the Melbourne Cup.”