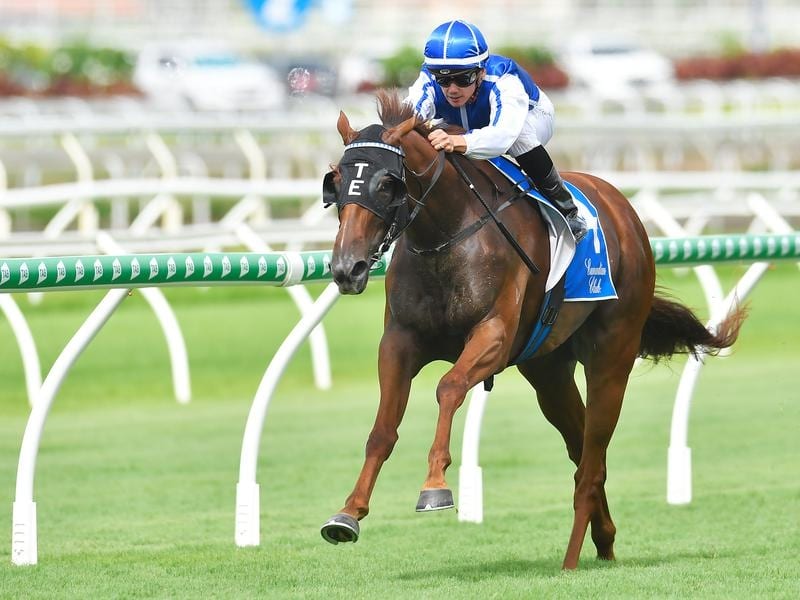 Talented filly Vanna Girl will race at the Gold Coast instead of chasing stakes success in Sydney.

The Toby and Trent Edmonds partnership has had a change of plans with Vanna Girl and Vivid Fortress who will now run at the Gold Coast instead of Sydney.

Vanna Girl and Vivid Fortress were set to join sprinter Tyzone on the float to Sydney this week when there appeared to be no suitable races for them in Queensland.

But after originally scrapping the winter carnival because of the impact of the coronavirus pandemic, Racing Queensland has released a revised list of black-type races prompting a change of heart.

Trent Edmonds said there was now no rush to get either filly to Sydney and they have abandoned plans to run them in James H B Carr Stakes (1400m) at Randwick on Saturday.

Instead they will both run in the Three-Year-Old Handicap over the same distance at the Gold Coast on Friday.

“The fact the Friday meetings are metropolitan standard is a big help to not just us,” Edmonds said.

“Over the weekend we had a good look at the program for the winter and there are races for both fillies here.

“Obviously with fillies you want to get black-type and the winter now looks our best chance.”

The stable has a big opinion of Vanna Girl who won three races before a spell and resumed with an unlucky second at Doomben on March 28.

“She copped a severe check in a race run at a slow pace and still finished fast into second,” Edmonds said.

“She is a very promising filly who we had planned to run in the Queensland Oaks.

“There is no Oaks and the (Group Two) The Roses will be her target now.”

Vanna Girl has 60kg on Friday but the Edmonds have resisted using an apprentice and Matt McGillivray will ride her.

“He knows her very well so there is no need to claim,” Edmonds said.

Vivid Fortress has had only two starts and won at Eagle Farm in December.

“She is a lovely filly by Sebring and we are also looking at the winter with her,” Edmonds said.

“It was an impressive win at Eagle Farm and she has worked well in the lead-up to her return.”