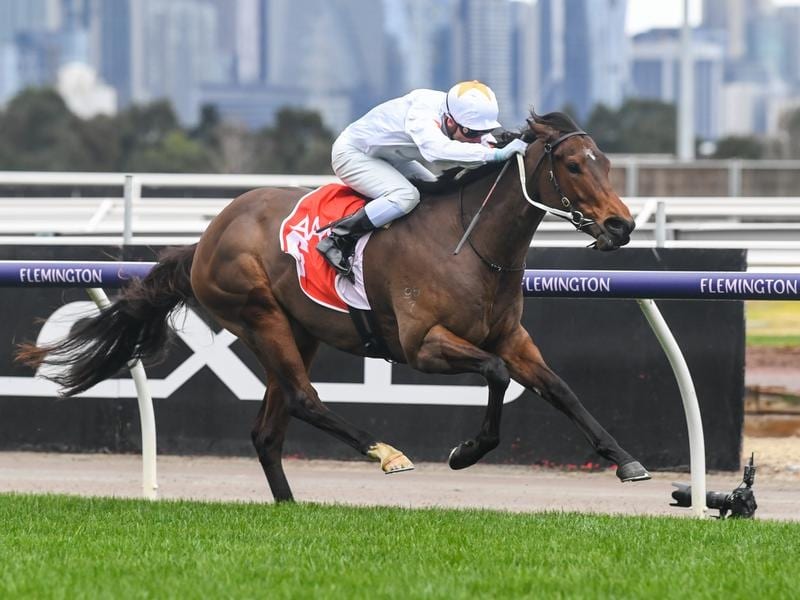 Trainer Mick Price will turn his attention to the spring carnival with promising filly Sense Of Honour who has again highlighted her potential with victory in the Next Generation Sprinters Series Final at Flemington.

Sense Of Honour made it two city wins from her first three starts in Saturday’s 1200m straight-track sprint for two-year-olds, with Price now looking to give the filly a working holiday away from racing for a short period in order to target better spring races with the rising three-year-old.

“She might go and do some flat work on the arena for a couple of weeks and just keep her active during winter because you’ve got to make a spring filly out of her now,” Price, who trains in partnership with Michael Kent Jr, said.

Sense Of Honour raced right on the pace for the first time in her career in Saturday’s event and kicked a couple of lengths clear from the 300m.

Savannah Cloud gamely gave chase but $2.30 favourite Sense Of Honour, ridden by Ben Melham, had a neck to spare on the line with the Standoff another 2-3/4-lengths away third.

“I don’t know that that’s the ideal way to ride her, that she’s got nothing in front of her and just bowling along like that,” Price said.

“But I think she’s still good enough and I think she’ll be better when there’s a bit more speed on and she can attack the line.

“Regardless, she’s good enough to do both at the moment.”