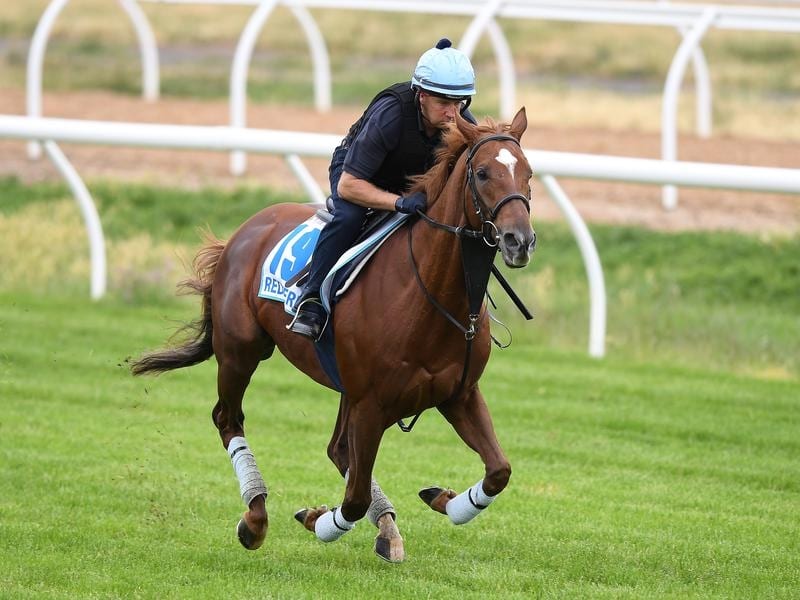 Red Verdon is out of the Melbourne Cup with a foot abscess but could still run in Melbourne.

The Australian spring campaign of English stayer Red Verdon may not be over despite the horse having to miss the Melbourne Cup with a hoof abscess.

Trainer Ed Dunlop said if the abscess to the stayer’s right fore-foot bursts in the next day or two, he may run Red Verdon as early as Saturday in either the Group One Mackinnon Stakes (2000m) or the Queen Elizabeth Stakes (2600m).

The Zipping Classic (2400m) at Sandown the following week is also a possibility.

Dunlop said the bruising to Red Verdon’s foot looked under control before he galloped on Saturday morning at the Werribee quarantine centre having passed all the necessary veterinary checks.

“He had a gallop yesterday and pulled up slightly sore and it’s turned out to be an abscess in his foot which needs to burst,” Dunlop said.

“It will probably burst today (Sunday) and be all right.”

He said he did not expect any long-term problems from the setback.

“If the abscess bursts today, or very quickly, he’ll be back training in a day or two,” Dunlop said.

“It was unfortunate timing.”