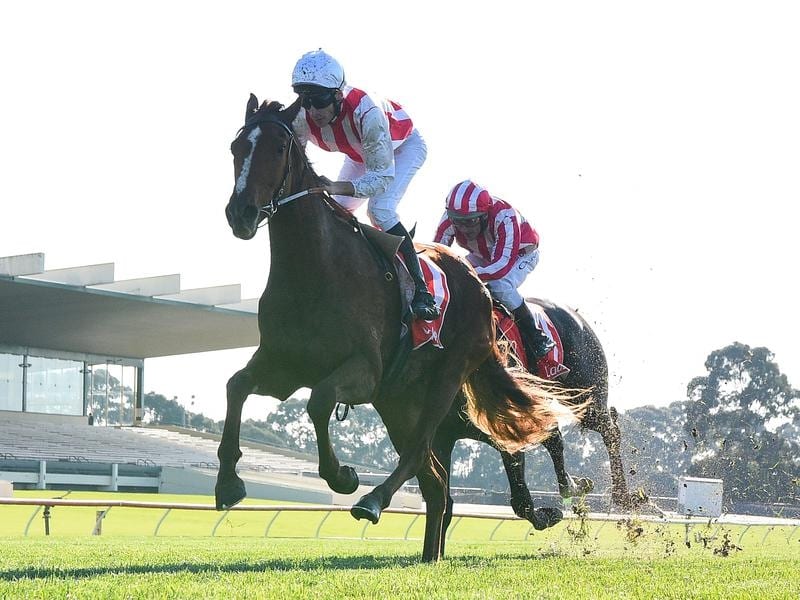 The Anthony Freedman stable has spring hopes for Toyetic after the gelding broke through for his maiden win at Sandown.

But Sam Freedman, assistant trainer to his father, admitted to some nervous moments before Toyetic closed out with an easy win in the Ladbrokes Odds Boost Handicap (1200m) on Wednesday.

Toyetic was locked away on the fence rounding the home turn before jockey Jamie Mott was able to get the two-year-old into the clear.

“I was sweating there for a little bit,” Freedman told racing.com.

“It was good to see him hit the front but he was having a bit of a look around which suggests there is a little bit more under the bonnet.”

Freedman said Toyetic, a brother to stakes winners Catch A Fire and Seaburge, was likely to be given a short break and a chance at some better class races in the spring.

“We think he is above average,” Freedman said.

“He’s a full-brother to a perennial bridesmaid and we are mindful of the nerves he gave us at the 100 (metres) today, but in time he may end up in winkers, or possibly even blinkers.

“He should get out to a mile and maybe a bit further and as a rising three-year-old there might be some nice races for him in the spring.”

After winning the opening race aboard Zacouver, Craig Williams has extended his lead over Damien Oliver in the Melbourne jockeys’ premiership to 10 with four meetings remaining for the season.

Williams is chasing a ninth premiership while Oliver is attempting a record equalling 11th to join Roy Higgins and Bill Duncan.

Mott and Williams were the only two senior riders to post a winner with apprentices claiming the remaining six races, including Michael Poy who scored a double aboard Rich Hips and Meteor Light.