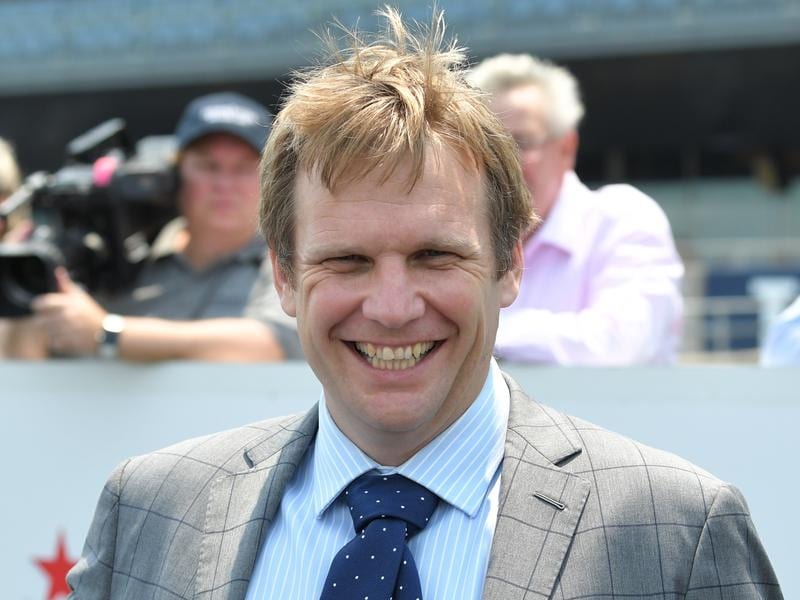 Trainer Bjorn Baker has landed a Randwick treble, including Spencer in the last of nine races.

Bjorn Baker has taken training honours at Randwick, producing a hat-trick of winners that was capped by Spencer’s victory in the final race.

Baker took an early scalp when Edison justified his favouritism to land a narrow win in the Schweppes Handicap for jockey Kerrin McEvoy.

The three-year-old will now head to Queensland and attempt to qualify for a spot in the Magic Millions 3YO Guineas at the Gold Coast on January 11.

Sophiella ($18) made it a double for Baker when she stormed down the outside under Jay Ford in the Sky Racing Active Handicap (1000m) before Nash Rawiller got the best out of Spencer ($6) to win the Hyland Boxing Day Sale Handicap (1600m).

Baker was thrilled to land a three-winner haul and credited his staff, saying he had spent most of the week inspecting yearlings in the Hunter Valley.

“I’ve been away most of the week but I’ve got a great team at home and they’ve obviously done a good job.”

Tommy Berry took riding honours with two wins aboad the Peter and Paul Snowden-trained Aim in the opening race and Taniko for Godolphin in the Ranvet Handicap (1200m).