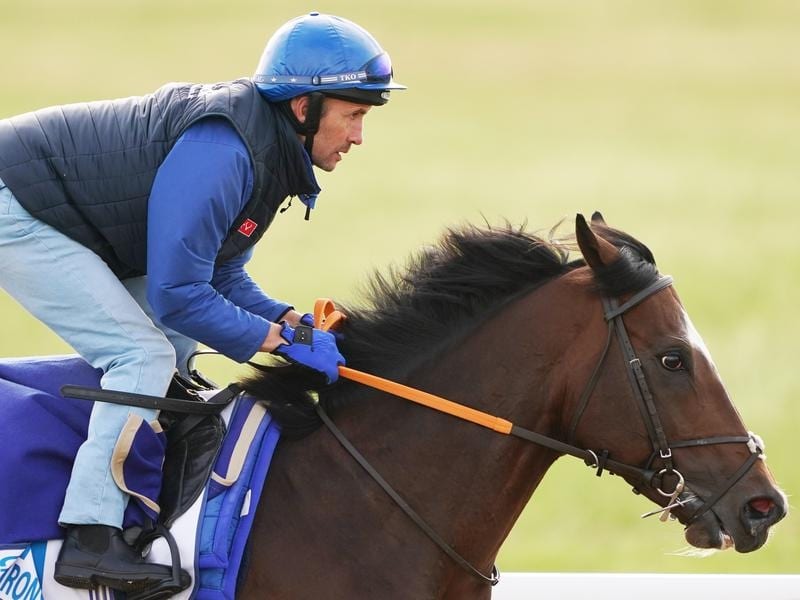 Leading international carnival contender Danceteria has been found to have mucus in a scope.

International jockey Jamie Spencer may have more spare time than he planned on his latest trip to Melbourne for the Caulfield Guineas meeting.

Spencer was brought out to Australia to ride three internationally trained horses part-owned by Australian Bloodstock.

He arrived in Melbourne on Friday morning to the news that Chief Ironside, an emergency in the Toorak Handicap (1600m), had gained a start and was scratched from the shorter Weekend Hussler (1400m).

As the 52kg Chief Ironside carries in the Group One Handicap falls outside Spencer’s weight range, Anthony Darmanin takes the ride.

But there is a doubt over Danceteria after Racing Victoria stewards said mucus was present in a scope and the gelding would be re-examined on Saturday morning.

The Irish-born English-based Spencer is used to travel and no stranger to racing in Melbourne.

He won the 2013 Mackinnon Stakes at Flemington on Side Glance, returning 12 months later to partner that horse in the Caulfield Stakes and Cox Plate while his last rides in Melbourne were during the 2017 spring carnival at Flemington.

Spencer has been the regular partner of Danceteria and was aboard the gelding when he finished fourth behind Enable in the Eclipse Stakes at Sandown in July before his last-start win in Munich.

He believes Danceteria, trained by French-born UK-based David Menuisier has the credentials to be competitive if he takes his place on Saturday.

“He’s trained by a Frenchman and they’re very patient with their horses and this season the horse has stepped up each run.”

Raheen House runs for the first time in Australia for William Haggas and is using Saturday’s Herbert Power as a lead-up to the Melbourne Cup.

Caulfield can be a tricky track for first-timers, but Spencer does not subscribe to that theory for Raheen House.

“I haven’t been here for a few years but it’s good to be getting the chance,” Spencer said.

“I’ve ridden him a lot over the last few seasons with his previous trainer and now with William Haggas, so I think he’ll adapt OK.”