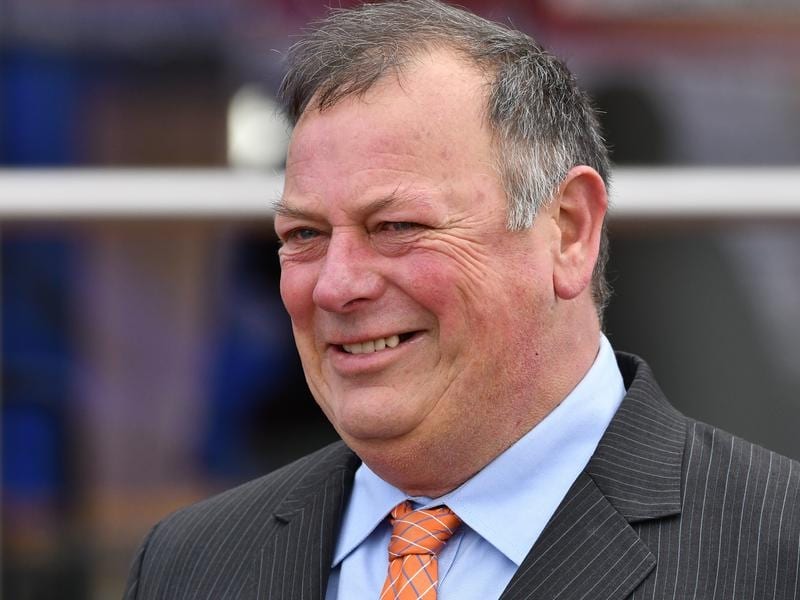 Trainer Mike Moroney believes import Sound can capitalise on his late inclusion in the Caulfield Cup field and perform much better than his odds suggest in the $5 million handicap.

Sound, to be ridden by James Winks, clinched a start in Saturday’s 2400m-race as the first emergency after New Zealand Derby winner Crown Prosecutor was scratched because of lameness on Friday.

A German import, Sound is yet to win from seven Australian starts but Moroney reckons the horse is “well and truly” over the odds at $101 and believes he can prove hard to beat.

Moroney said the Caulfield and Melbourne Cups had been the focus with Sound who has been unplaced in two Group One races over shorter distances this spring, including a recent seventh in the Turnbull Stakes.

“He has gone through two races on paper he couldn’t win to get ready for these two races basically. And both his runs were really good,” Moroney said.

“He’s had a nice preparation and everything has just gone to plan except for the last bit when it looked like we weren’t going to make the race.

“We planned to have him at his best for these two Cups and I’ve poured the work into him going into these staying races and he’s handled it really well.

“He’s going as well as he’s ever gone since I’ve had him.”

Sound was well beaten in both the Caulfield and Melbourne Cups last year after arriving from Europe “pretty light and pretty tired”, Moroney said.

“All the changes of scenery were just too much for him,” he said.

“I got a bit more of a handle on him in the autumn and his two runs in Sydney were really good.”

Sound was fourth in the Group One Tancred Stakes (2400m) in Sydney in the second start of his autumn campaign with Moroney believing he should have finished second to Avilius, before finishing eighth in the Sydney Cup after leading and tiring late.

Second emergency Neufbosc has been taken from Sydney to Melbourne be ready to take his place if another spot opens up.

Neufbosc was examined by Racing Victoria veterinarians after arriving in Melbourne on Friday which completed the checks on all runners entered for Saturday’s Cup.

Dwayne Dunn will ride at the feature meeting, including in the Cup on Rostropovich, having missed Wednesday’s Caulfield meeting after the death of his father, South Australian horseman Barry Dunn.

Constantinople, still a three-year-old to northern hemisphere time, makes his Australian debut for the Lindsay Park stable and has joined the Chris Waller-trained Finche as equal $7.50 Cup favourite with the TAB ahead of Vow And Declare ($8), Japanese runner Mer De Glace ($8.50) and Mr Quickie ($8.50).