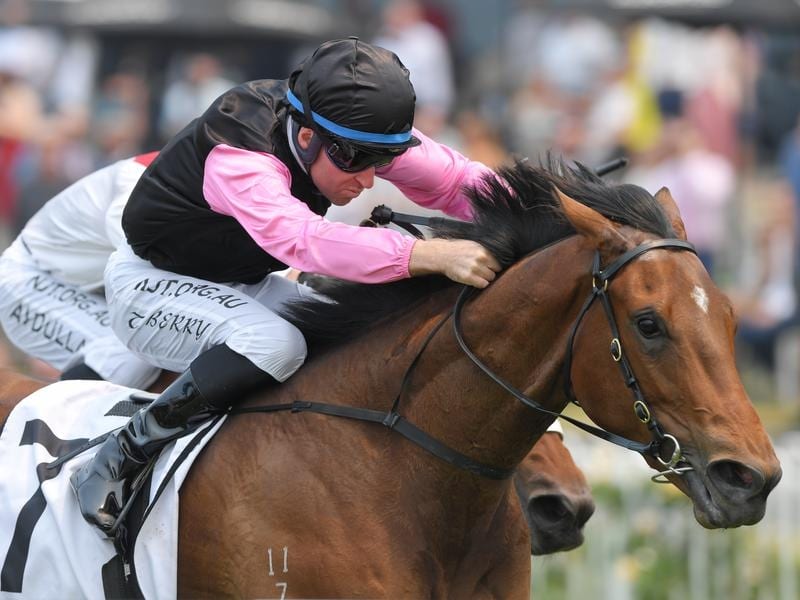 Sancy has continued a dominant run in Sydney two-year-old races for Peter and Paul Snowden.

Peter and Paul Snowden have continued their impressive start to the two-year-old season, unveiling Magic Millions 2YO Classic contender Sancy for a fighting debut win at Rosehill.

A daughter of top stallion I Am Invincible, Sancy was passed in at the Magic Millions Gold Coast sale and retained by Canning Downs Stud’s John Barnes and Joy Mackay.

Her win in Saturday’s Drinkwise Plate (1100m) should ensure her a berth in the Classic field, with Peter Snowden confirming the $2 million Gold Coast feature is her target, via the BJ McLachlan Stakes (1200m) in Brisbane on December 28.

“She is very professional. She always has been from day one so it was good to see her do everything right today and win like she did,” Snowden said.

“She is still carrying a bit of belly here today so she can only improve from this.

“She’s got a good temperament, she is very kind. She will do whatever you want her to do.

“You can just jump and sit, which I think is the right way to ride her like today, she is just so willing and eager to finish off and that’s going to take her a long way.”

Sancy had a reserve of $180,000 at the sales but had some minor leg issues which Snowden was happy to overlook.

“She had a bit of sesamoiditis on the X-rays, they weren’t perfect,” Snowden said.

“But like all X-rays at yearling sales you get some where you say ‘don’t worry’ and some you’ve just got to be careful about. She’s one, touch wood, it hasn’t affected her ever.”

Tommy Berry settled Sancy ($2.90) behind the speed and the filly let down well, holding off fellow debutante Centimental ($14), who finished strongly, with favourite Hinchbeast a close third.

Hugh Bowman said Hinchbeast was game in defeat and would take good improvement from the effort.

“He will learn a lot more today than he did when he won last start,” Bowman said.

Hinchbeast is also headed towards the Magic Millions Classic.