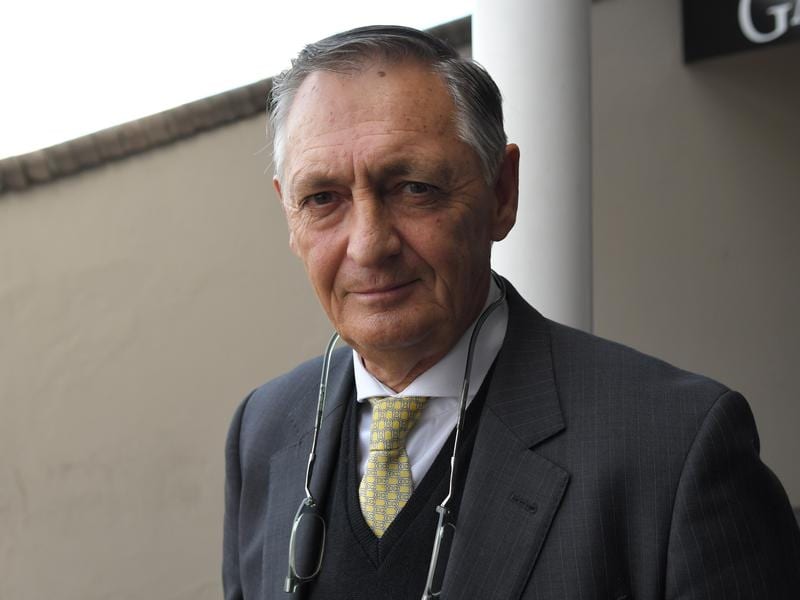 Trainer Peter Snowden says there is not much between Mandela and Famous who clash at Randwick.

Stablemates Mandela and Famous will clash in the Up And Coming Stakes at Randwick with co-trainer Peter Snowden believing both colts can make names for themselves as the season progresses.

The two are coming off maiden wins at their previous starts – Mandela scoring at Randwick on August 3 while Famous got on the board at Newcastle a week later.

Mandela is yet to be tested at stakes level in his three starts while Famous was thrown in the deep end in the Pago Pago Stakes on debut in March but finished down the track on a heavy surface.

Snowden, who trains in partnership with his son Paul, said there was not a lot between them going into Saturday’s 1300m-race.

“They both have a similar amount of ability and are both horses who will make a name for themselves,” Snowden said.

“Whether it’s this race or later on, time will tell. But both are going into that race with good chances.”

Mandela and Famous are at $12 and $14 respectively for Up And Coming Stakes, with the Chris Waller-trained True Detective the $2.50 favourite.

Snowden says Mandela is a work in progress but he knows the ability is there.

Mandela will have blinkers on, replacing winkers, on Saturday.

“He’s got a bit to learn but he’s definitely got talent,” Snowden said.

“If he puts together what we’re seeing at home of a morning he’s certainly capable of running well on Saturday.”

Famous, who has also had three starts, justified his short quote at Newcastle in his season return to win by two lengths.

“It’s a rise in class on Saturday but I feel he’s a horse we should be hearing more of later in the spring.”