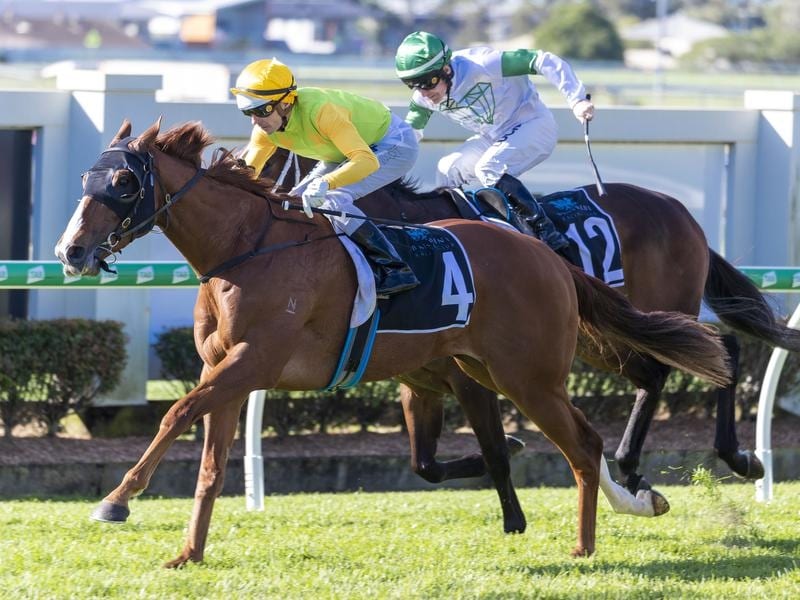 The Tony Gollan-trained Snitch has made the most of a drop in class to score at Doomben.

Quirky galloper Snitch appreciated a drop in class for his first win for trainer Tony Gollan on Saturday but he will be back to tackle top stakes class in the Brisbane summer carnival.

Snitch was the unlucky runner in both the Listed Eye Liner Stakes and Listed Glasshouse Handicap at his past two starts when he finished just behind the placegetters.

However, Snitch ($2.60) was back in a Saturday open handicap over 1350m at Doomben and came away for a strong win.

Gollan said Snitch would now go for a spell and come back with the summer carnival in mind.

“There are plenty of races for him in the summer. Races like the Sunshine Coast Cup or Buffering Handicap,” Gollan said.

“I honestly think he is up to Listed class at least. He is by Lope De Vega and I have couple of good ones by that sire including Vega One.”

“They are quirky horses but I think we have worked them out and we are having some luck with the breed.

Snitch was one of several horses sent to Gollan after Toowoomba trainer Ben Currie was disqualified.

“I have only had him for half is current campaign but I have been impressed with him,” Gollan said.

Jockey Brad Stewart got a winning double on Snitch and was also impressed with the gelding.

“He began a bit too well so I was up on the pace running second which wasn’t exactly the plan but he was too good in the straight,” Stewart said.

Earlier, Stewart steered Rich Affair ($8) to a win after the addition of blinkers helped the gelding continue the recent good run of the John and Chris Meagher training partnership in the Good Luck Jeff Lloyd Handicap (1350m).

“He had been struggling a bit so we took the visor off him and put shades (blinkers) back on him. It seems to have done the trick,” Chris Meagher said.