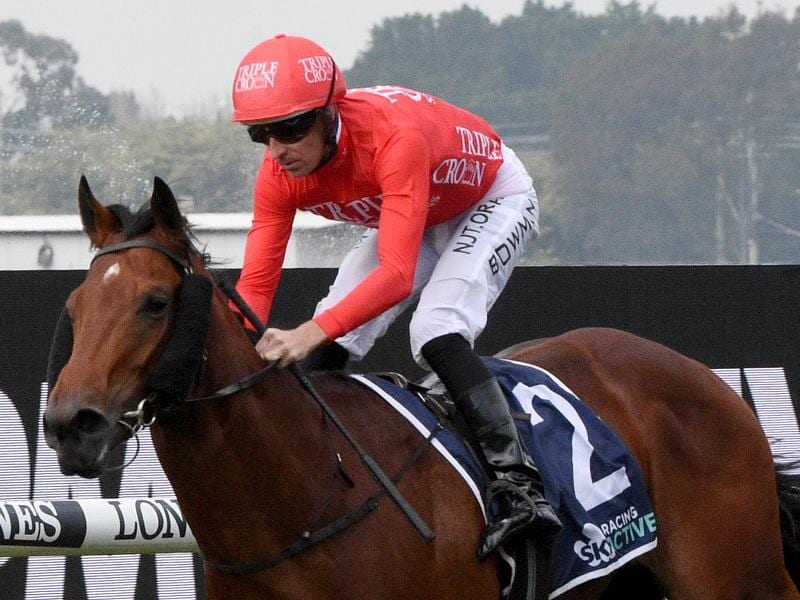 Undefeated colt Smart Image can stake his claims for the Golden Rose when he runs at Randwick.

Peter and Paul Snowden have split their three-year-olds between states as they bid to sort out the pecking order of their spring squad.

Rulership has been sent to Melbourne in search of firmer tracks and will line up in the Group Three Vain Stakes (1200m) at Caulfield.

In Sydney, the training partners will saddle up unbeaten colt Smart Image in the feature Up And Coming Stakes (1300m).

They will also have at least one three-year-old contest the Ranvet Handicap (1100m) with Bartley a confirmed runner while a decision on whether Aftermath starts will be made on race morning.

Smart Image has been winning through the winter to earn his place in Saturday’s Group Three race as the Snowdens look to get a better gauge on his ability.

He is the second pick in early betting behind Hawkes Racing colt North Pacific, who Peter Snowden concedes is the benchmark.

“No doubt. He is lightly raced but from the couple of starts he has had he looks well above average,” Snowden said of North Pacific.

“For me, he is the yardstick there. He is definitely the one to beat and if we can finish close to him I’ll be happy.”

Snowden might have a healthy respect for his horse’s rival but he is not conceding defeat.

Smart Image has shown great determination in both his wins and has continued to improve on the training track.

“He’s a nice horse. He is two from two now and you don’t do that unless you’ve got some ability,” Snowden said.

“This is his biggest test by far but I’m happy with him and he will give a good account of himself.”

Smart Image holds a nomination for the Golden Rose, as does Bartley who has not raced since he failed to beat a rival home on a heavy track in the Sires’ Produce Stakes in April.

Snowden put that performance down to a tough run and the horse coming to the end of his preparation, rather than a wet track failure.

Runner-up in the Black Opal Stakes, Bartley has long been regarded highly by the stable and Snowden is keen to give him every opportunity to showcase his talent this spring.

“He has come back a nicer horse,” Snowden said.

“He is going to get further. It’s probably a bit short for him tomorrow but as long as we see him charging home, given the targets we are looking for, we just want to see a good, solid performance from him.”