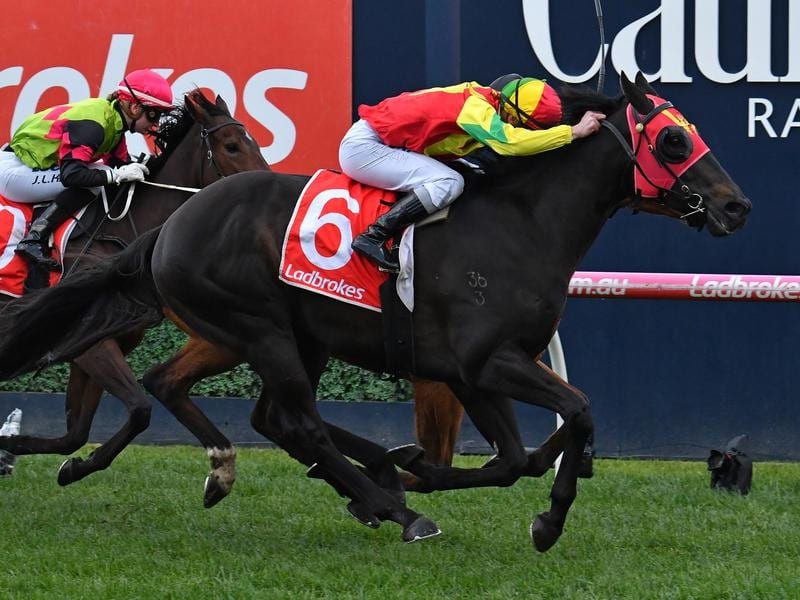 Oak Door has recovered from a torn muscle and will make his return in the Carlyon Stakes.

A slight muscle injury has forced adjustments to Oak Door’s program with the sprinter now to ready to run in the Carlyon Stakes.

Since winning the Group Three Sir John Monash Stakes at Caulfield on July 13, Oak Door has been off the scene with a torn muscle.

The John Sadler-trained sprinter is ready to reappear on Saturday at The Valley in the Listed Carlyon Stakes (1000m).

“He had a good let-up because he had a slight muscle tear behind after his Caulfield win.

“It took him a little while to get over it and I had to give him a couple of quiet weeks, but I’m very happy with the horse.

“I was going to run him in the Aurie’s Star at Flemington.

“It would have been a perfect race for him but he’s back on track now, he looks great and is going to run really well.”

Sadler said as the six-year-old ages, the softer tracks during late winter and early spring suit the gelding.

Oak Door’s win in the Monash Stakes was on a soft-rated track and Sadler sees Saturday’s ground at The Valley as ideal.

And Sadler says the field of six will also be advantageous.

“It’s a smart field but I think he’ll get the right type of ground to suit, a track just into the soft range or at the best just into the good range,” he said.

“I just want to keep him sound, keep him running on tracks with a bit of give and he can win another nice race with the right conditions.”

Stablemate Usain Bowler will attempt to replicate his last-start Valley success with victory in the Ranvet Handicap (1200m).

Usain Bowler was impressive winning on August 3 and Sadler is expecting him to run well again.

“He’s good, but it’s a very good race, but he is a pretty good horse,” Sadler said.