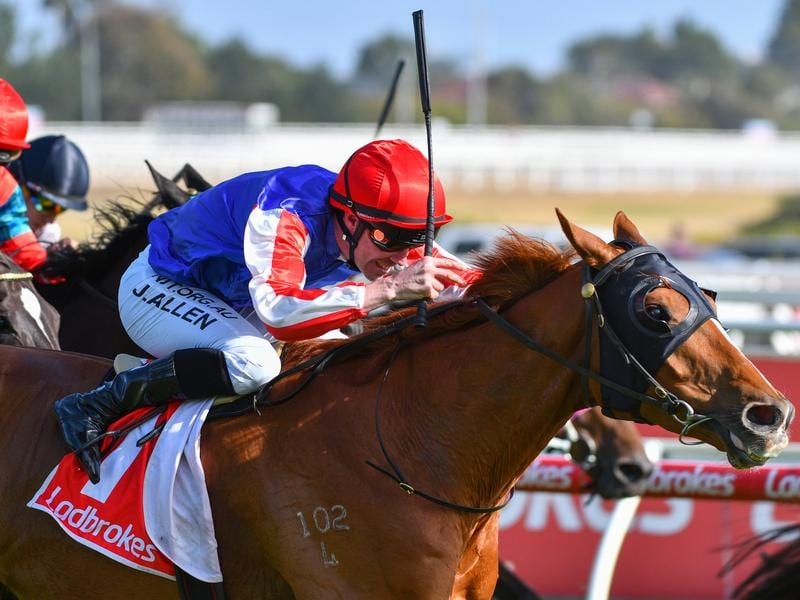 Country trainer Terry Kelly does not have the horses to be a key player during the spring, but the coronavirus pandemic may help him achieve a lifelong ambition.

Kelly is yet to have a runner in the Melbourne Cup, but this may be his chance if international competitors are unable to travel.

Skelm kicks off his spring campaign in the Ladbrokes Switch Handicap at The Valley on Saturday with the Caulfield and Melbourne Cups his aim.

Kelly knows that is a long shot, and even steeper odds if overseas stables are given the green light to come.

“It’s one of those years,” Kelly said.

“It could well turn out that we could be running against the same horses that we ran up against in the Andrew Ramsden and the Mornington Cup.

“If they don’t let any horses come from interstate or internationally, you never know, and we will probably never get another opportunity like it.”

Skelm finished third in the Mornington Cup in March and fourth in the Andrew Ramsden Stakes at Flemington in May.

Victory in one of those races would have afforded the stayer a start in either the Caulfield or Melbourne Cups respectively.

Kelly said Skelm had almost a month in the paddock following the Andrew Ramsden and the gelding has come back in outstanding fashion.

Skelm even won a Burrumbeet jump-out on Tuesday, a first for the gelding.

“He has never done anything like that before in his life,” Kelly said.

“John Allen rode him and normally he would just roll out of the barriers, bowl along behind them and come home over them over the last 300 metres, like he races.

“I can see Skelm using that camber at The Valley and swooping home like the way he does.

“I don’t think we’ve ever had the horse in a better place, he’s so well within himself.”

Kelly has a program in mind for Skelm but said nothing was fixed in stone in his bid for a Cups start.

“We’ll get this race out of the way first and make sure we’re on track.

“I’m pretty confident we are.”