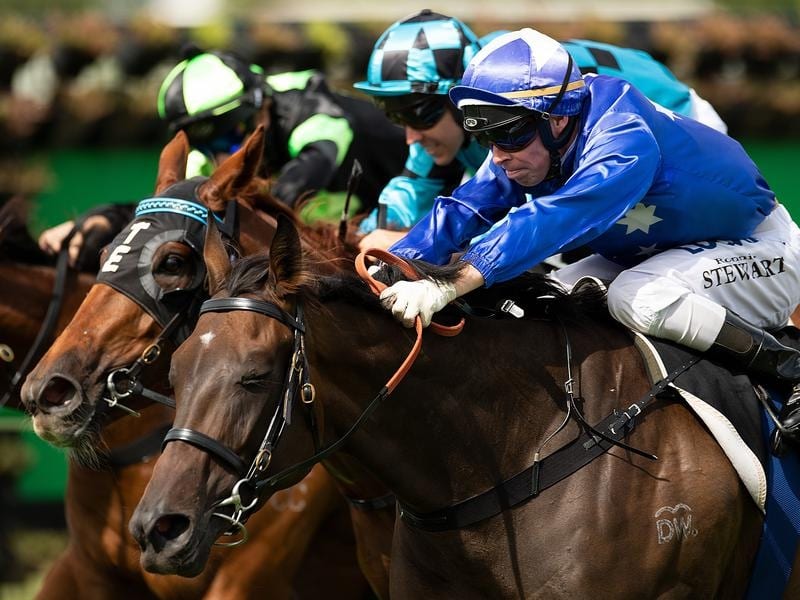 Skate To Paris will be out to make up for an unlucky placing in the 2019 Gai Waterhouse Classic.

Second-up specialist Skate To Paris gets a chance to avenge one of the unluckiest runs of her career in the Listed Gai Waterhouse Classic.

Skate To Paris ran third in last year’s Waterhouse after being pushed 10 deep on the home turn but rattled home to be beaten less than a length by Ready To Prophet.

The mare has been placed four times in stakes races and on each occasion didn’t have the best of luck.

Skate To Paris showed she had come back in fine fettle after a break when second in a barrier trial and then storming home for third when first-up at Eagle Farm two weeks ago.

Trainer Chris Munce said Skate To Paris deserved to win a stakes race and got her chance on Saturday.

“She seems to go well with a run under her belt. She has won three times when second-up from a spell and been second on another occasion,” Munce said.

Munce paid only $10,000 for Skate To Paris who is by Bradbury’s Luck out of the six- timeswinner Paris Blu.

Munce’s apprentice Justin Huxtable will ride Skate To Paris and a win would cap his best season in which he has ridden 32 winners.

The Waterhouse is one of the few feature races in Queensland that Munce has not won as a jockey or trainer.

The race is named after top Australian trainer Gai Waterhouse for whom Munce rode many Group One winners during his career in the saddle.