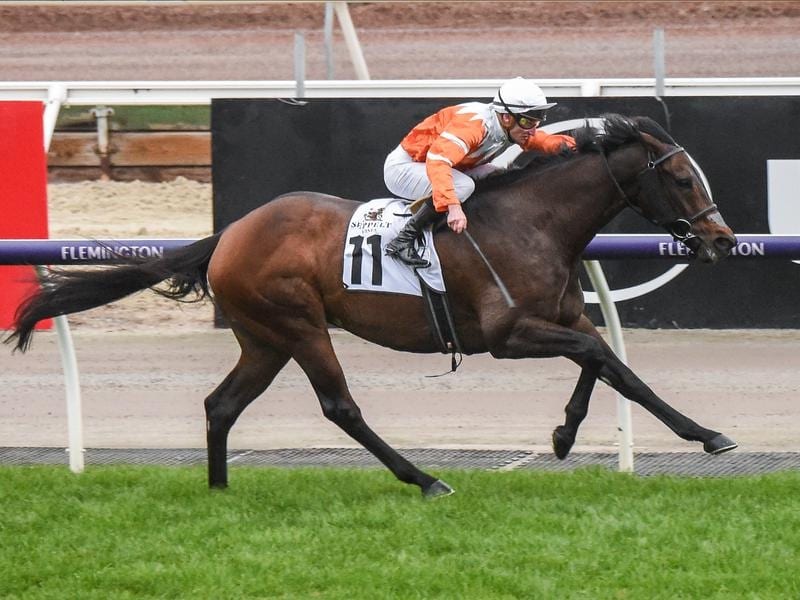 Sircconi has given trainer Nick Ryan his most important win in the Winter Championship Series Final.

Racing on a seven-day back-up and dropping in distance, Sircconi has demolished his rivals in the Listed Winter Championship Series Final at Flemington to deliver Nick Ryan his first stakes victory as a trainer.

Ridden by Daniel Stackhouse, who continued his successful season in Victoria in which he leads the statewide jockeys’ premiership, Sircconi ($10) pressed forward from a wide draw in Saturday’s 1600m race to settle third before taking over early in the home straight.

The five-year-old gelding burst clear and was never in danger over the final 300m, winning by four lengths over Polly Grey ($41) with Victoria Star a head away third.

The victory was Sircconi’s fourth from 28 starts and first since the Group Three Moonga Stakes at The Valley during the 2018 spring when trained by John Sadler.

As a two-year-old he won the Group Two VRC Sires Produce Stakes at Flemington when trained by Peter Morgan.

Sircconi has had his past eight starts for Caulfield-based Ryan this year and went into Saturday off second placings in the Swan Hill Cup (1600m) and in a 2000m handicap at Caulfield seven days ago.

“We’ve been dying to back this horse up and things haven’t gone right here and there,” Ryan said.

“But we got him here today in terrific order.

“… the back-up really worked and that was a dominant win.”

Ryan, who won a Melbourne jockeys’ premiership as an apprentice in 2004-05, praised the ride of Stackhouse who pushed forward early and then was able to get a trial behind a genuine tempo before kicking away.

“I thought he was a top-three hope,” Ryan said.

“I was very confident I brought him here today in really good order. For him to come out and do that, it’s just great to see.

“Mahamadeis has won a few country cups but that is my first stakes winner. To win like that, that was massive.”

The victory was the 127th of the season for Stackhouse in Victoria and he leads Jye McNeil by two in the state premiership.

Craig Williams, who notched a winning double on Saturday, is nine ahead of Damien Oliver in the metropolitan jockeys’ premiership.