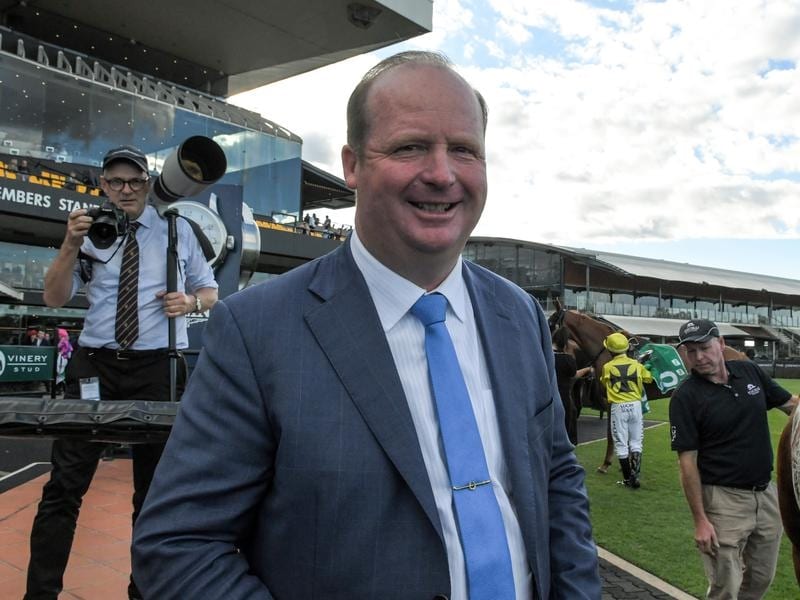 Warwick Farm trainer Gary Portelli hopes Michael Cahill is as much on the ball as the first time they met when the in-form jockey rides Single Bullet for the stable at Eagle Farm.

Portelli has sent Single Bullet north for Saturday’s BRC Membership Open Handicap in search of a 1000m-race and easier company.

He was more than happy to book Cahill who rode two Group One winners during the winter carnival.

“Michael and I go back to the days in the central west of NSW,” Portelli said.

“I remember breaking the line and thinking I only had Michael to beat. But he dropped me in a perfect around-the-legs tackle.

“I hope he is that alert on Saturday.”

Portelli and Cahill have both gone a long way since those days and are established Group One class performers but Single Bullet can be enigmatic.

Silent Bullet can be brilliant on his day but can also put in a bad run which is linked to his ongoing foot issues.

The gelding has twice before been headed to Queensland, for the Magic Millions, but fate has meant he did not make the trip.

“He was second in the 2016 Magic Millions Two-Year-Old lead-up at Wyong but I decided to give him another run before the Classic at Warwick Farm,” Portelli said.

“But he fell apart before the race that day and was a muck lather before finishing second. I decided he wasn ‘t mature enough and didn’t head north.

“He won the Pago Pago Stakes that year and has paid his way.”

Silent Bullet was also second in the 3 and 4YO Magic Millions lead-up at Wyong in 2017 but again did not make the trip to the Gold Coast because of some minor problems.

The gelding beat smart Victorian sprinter Jungle Edge at Randwick in January but has been unplaced in three runs from a spell.

“Those runs haven’t been as bad as they look on paper as things didn’t go his way,” Portelli said.

Portelli said he would be interested to see how Single Bullet handled the new look Eagle Farm track surface.

“The perfect track for him is one which is drying out after rain and is bordering on good,” he said.

“The distance is right, he is down a bit in weight and the class is right. But how he handles the track could be the key.”