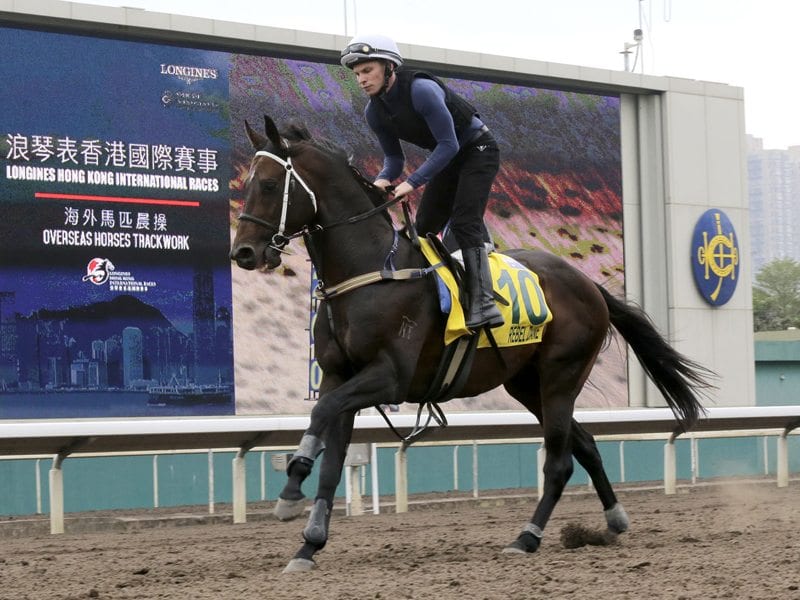 Trainer Gary Portelli says Rebel Dane has settled into his routine ahead of the Hong Kong Sprint.

While Gary Portelli’s trip to Hong Kong is already a dream come true, his week has got even better with promising two-year-old Sebring Express stamping her credentials for the Inglis Nursery.

The filly scored an impressive victory at Wyong prompting Portelli, who is in Hong Kong with Rebel Dane ahead of Sunday’s International Sprint, to signal her path to the $500,000 sales-restricted race at Randwick on December 17.

Sebring Express sat three-wide during Wednesday’s two-year-old maiden over 1000m before pulling away to beat the more fancied Madonnica and Legal Girl.

The win came hours after Rebel Dane cantered on the all-weather track at Sha Tin.

“I was really happy with what I saw this morning,” Portelli told the Hong Kong Jockey Club on Wednesday.

“He was a little agitated yesterday but he’s really settled into his routine now.”

“If he gets the right draw he’ll be competitive that’s for sure,” Portelli said.

Rebel Dane will have a light week leading up to Sunday’s race while his trainer relishes the build-up.

“It’s an absolute thrill and a dream come true,” he said.