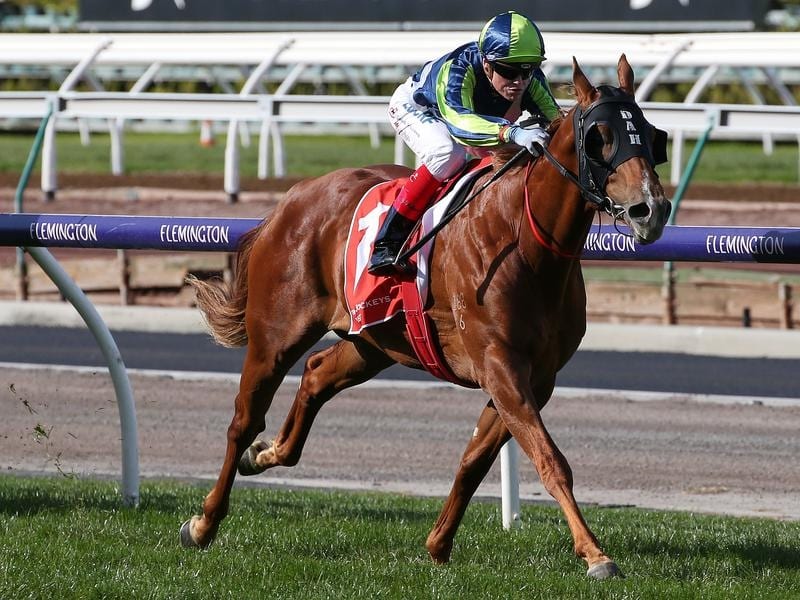 Sebrakate will be saved for early spring races despite winning with authority at Flemington.

“He went to the front and grabbed the race by the scruff of the neck,” Hayes said.

“It was a really good win and I think he’s improved.

“He was unlucky in the Magic Millions not to be placed and he was beaten a head by the Golden Slipper winner, so it was good form for a race like this.”

Carrying 57kg on Saturday, Hayes said Sebrakate was well-weighted but fears a handicap hike if he was to race on into winter.

“He’ll get too much weight going forward being a three-time two-year-old winner,” Hayes said.

“I think we’ll probably kick him off in August in something like the Vain (Stakes) or the Danehill (Stakes) where he won’t get butchered in the weights.”

A son of Sebring, Hayes expects continued improvement from Sebrakate into his three-year-old days.

“His trial the other day showed me he’s gone to another level and the breed, the Sebring’s, they get better with age,” Hayes said.