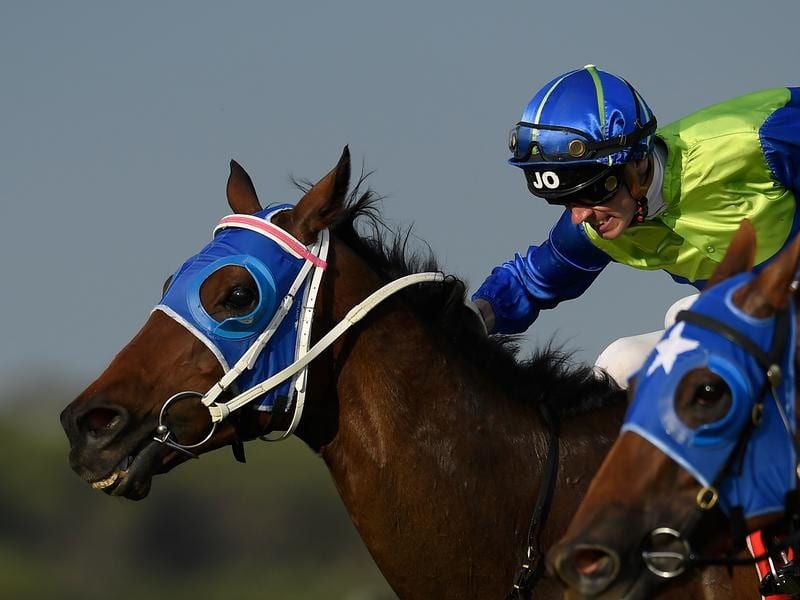 The Tony and Maddy Sears-trained Tycoon Ace can again be a force when he runs at Eagle Farm.

The Tony and Maddy Sears training partnership have already produced a top prospect by Tycoon Ruler and will rely on one of the stallion’s toughest sons at Eagle Farm.

The father/daughter partnership’s Exondabeach scored a brilliant win in a three-year-old handicap last Saturday and will be one of the favourites for the $300,000 3YO Old The Jewel at the Gold Coast on March 14.

The filly, who is named after an exotic cocktail, is by Tycoon Ruler who stands at Clear Mountain Stud on the Darling Downs.

He is one of the last sires by super stallion Last Tycoon standing in Australia and on the racetrack was noted for his toughness.

Tycoon Ruler has handed that toughness on to his progeny including stakes winners Jet Style, Jopa and Upstart Pride.

Another example of the breed’s toughness is the Sears-trained Tycoon Ace who contests the Open Handicap (1000m) at Eagle Farm on Saturday.

Tony Sears said Tycoon Ace’s best distance was probably longer than 1000m but he would get his chance to run down the leaders in the long Eagle Farm straight.

Sears said Tycoon Ruler was a most under-rated sire who had produced tough horses over a long period.

“I bought Exondabeach out of a paddock for Maddy and my wife Leigh.