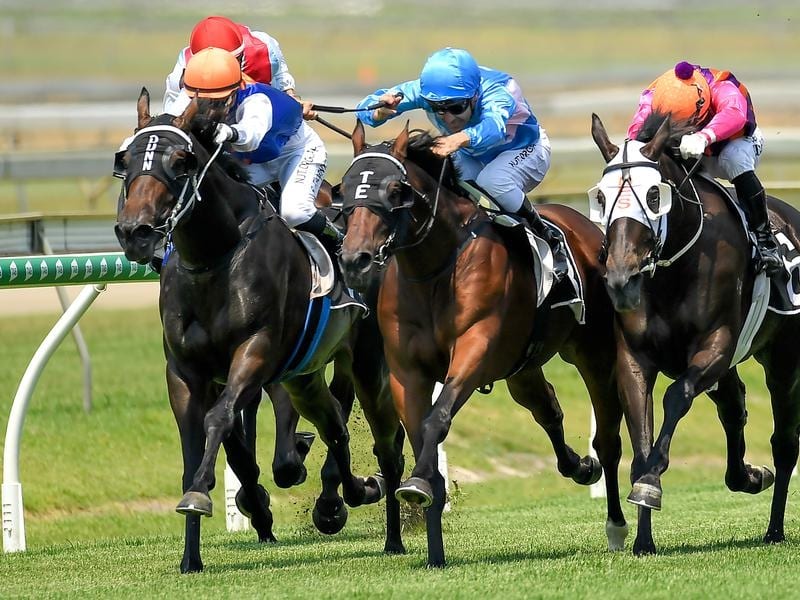 Scout made it three wins on end when he survived a controversial protest in a Three-Year-Old Handicap (1350m) at Doomben on December 7.

Thornton, trainer Matt Dunn and most onlookers felt the protest would be upheld but stewards disagreed.

The protest took some of the gloss off Scout’s win which co-trainer Trent Edmonds felt was unfair.

“The incident didn’t help Scout but he was still strong to the line,” Edmonds said.

“He has gone from winning a maiden in November to a Group Three but he improves all the time.”

Scout is currently 38th on the order of entry for the Magic Millions Guineas but will leap-frog into the race with a win or second on Saturday.

The gelding is yet another horse by top Queensland sire Spirit of Boom and is proving a cheap buy at $47,500 from the 2018 Magic Millions Sales.

With Maloney committed to race favourite Alligator Blood, the Edmonds stable has been able to secure champion jockey Damien Oliver.

Oliver’s other rides at Eagle Farm include Euphoric Summer for Melbourne trainers Mick Price and Michael Kent jr in the B J McLachlan, a Magic Millions Classic lead-up.

The trainers have put blinkers on Astro Boy Toy for the first time which they hope will make the promising gelding concentrate.