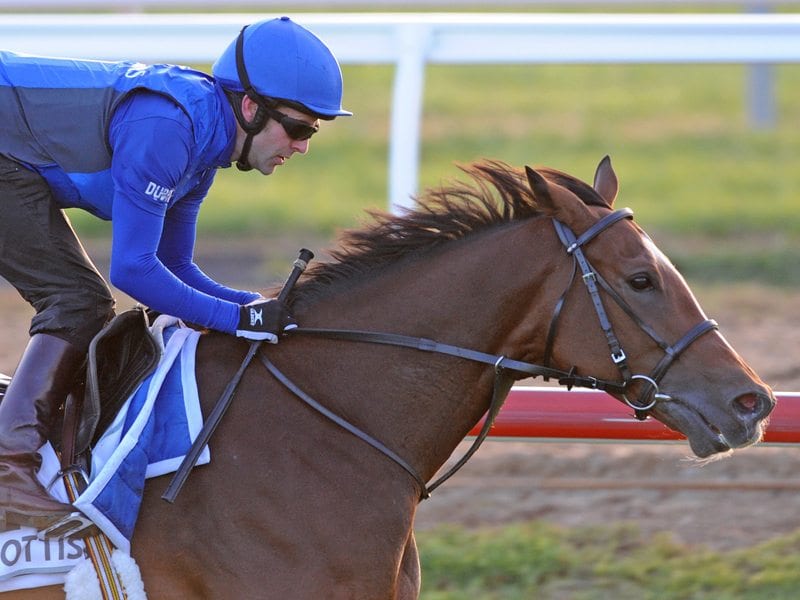 English trainer Charlie Appleby says he’s excited rather than nervous ahead of his first Australian runner at Caulfield.

Scottish runs for Appleby in the all blue colours of Godolphin in Saturday’s $3 million Caulfield Cup in a bid to give Sheikh Mohammed a second win in the 2400m-handicap.

All The Good, ridden by Kerrin McEvoy, won the race for Godolphin and trainer Saeed bin Suroor in 2008.

After learning of James McDonald’s careless riding ban in Sydney, Appleby was quick to engage McEvoy who he has known from the jockey’s days in the UK with Godolphin.

Appleby, who has been with Godolphin for 18 years, is on his first trip to Australia and arrived in Melbourne in time to oversee Scottish’s final piece of work at the Werribee quarantine centre on Friday morning.

“I was delighted with him,” Appleby said.

“He’s actually a bit more sprightly, more alert, than he would be at home.

“Being on the track here lights him up a bit more. It just shows his well being.

“For Godolphin, to come over with a live contender is always exciting.”

Appleby thinks Scottish has the right profile to win on Saturday and doesn’t see the 2400m being a concern.

He says Scottish likes to race on the speed and has a strong gallop but importantly believes his form is better than the other international contenders, Sir Isaac Newton, Exospheric and Articus.

“You can tie bits of form in around a few of them and when you do do that he comes out on top,” Appleby said.

“Some people question about him coming up to the mile-and-a-half again.

“He was beaten by two serious horses back in England there as a three-year-old in Space Age at Royal Ascot and Highland Reel at Goodwood.

“He wasn’t stopping, he was just beaten by a better horse.

“The trip is definitely not a concern of mine.”

Appleby says he’s not worried about the firm track and believes the five-year-old has matured and will be suited racing up near the front.

“As a three-year-old he was a lot keener in his races but now he gets into a nice rhythm,” Appleby said.

“He doesn’t have to be up there, but it simplifies things.”

Scottish was the $7.50 third favourite on race eve behind the Ciaron Maher-trained Jameka at $3.50 and Real Love from the Darren Weir stable at $7.