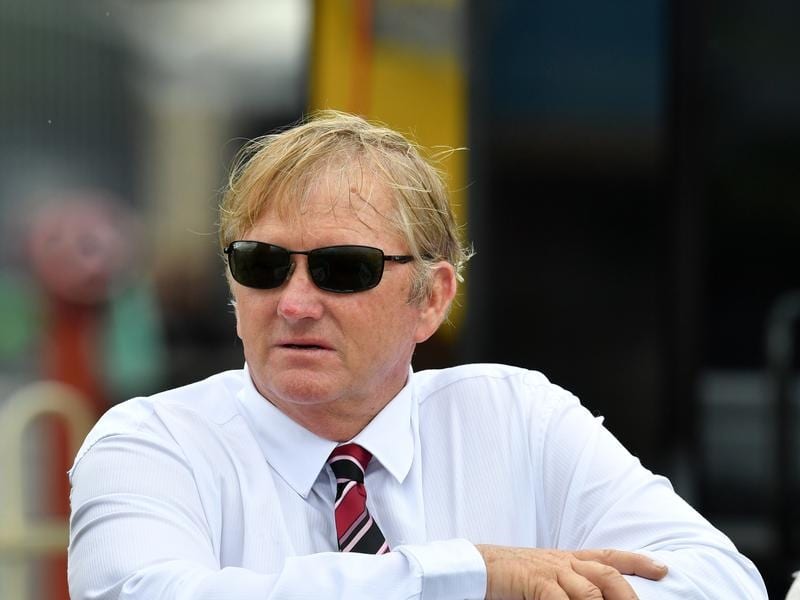 Trainer Kelly Schweida will divert from normal practice and run two horses the same week as a trial.

A lack of suitable races has forced trainer Kelly Schweida to divert from his usual practice and run stable stars The Odyssey and Meet Mr Taylor at Doomben.

The Odyssey has been accepted for Saturday’s JLL Three-Year-Old Handicap (1110m) and Meet Mr Taylor is in the Open Handicap (1050m).

Both trialled on Tuesday at Doomben with Meet Mr Taylor running third in an open heat and The Odyssey finishing last against his own age.

Schweida said he normally would not trial either on the Tuesday before a Saturday race.

“My hand has been forced a bit as there is nothing in the immediate programs for either of them,” he said.

“I have been through the calendar even in Sydney and I haven’t been able to come up with anything suitable in coming weeks.

“Of course there is an incentive to run because both have drawn barrier one.”

Schweida said he had taken blood tests on both horses after to ensure their readiness.

He said Meet Mr Taylor’s trial had been nothing to get excited about but had been solid.

“He was still a bit new so it was OK and they did run the fastest of the morning by a good way,” Schweida said.

Meet Mr Taylor has won seven of his nine starts including his latest at Doomben on June 1.

The gelding is unbeaten first-up and also unbeaten at Saturday’s distance.

Schweida was disappointed with the trial of The Odyssey who won four races as a two-year-old last season including the $500,000 Aquis Jewel at the Gold Coast.

He is the favourite to win Queensland’s Two-Year-Old of the Year at the annual awards in a fortnight.

In the trial The Odyssey got well back early and failed to make any ground in the straight.

“He was still a bit fat and the track might have been too hard for him,” Schweida said.

“But again there isn’t much around for him in coming weeks so it might force my hand to run him.”

Schweida also has a strong hand in the Gadens Handicap (2000m) with Outraged and the Class 3 (1200m) with Our Girl Silke.

“Outraged has to drop back from 2200 metres to 1600 last time but wasn’t far off the placegetters. He is much better suited here,” Schweida said.

“We have dropped Our Girl Silke back in distance and we will also claim two kilos with Stephanie Thorton. It looks a winnable race.”