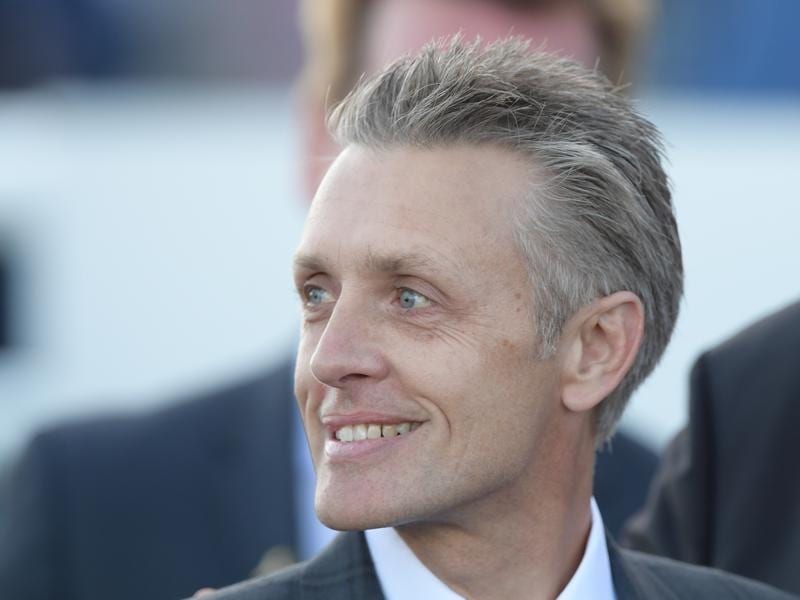 Trainer Mark Newnham is looking to Scarlet Dream to step up in staying races this spring.

Trainer Mark Newnham has lofty ambitions for Scarlet Dream but is keeping a lid on expectations with the mare to begin her campaign in a support race on the Chelmsford Stakes program.

Last season was a stellar one for Newnham who claimed two Group One wins with Maid Of Heaven in the Spring Champion Stakes and Nakeeta Jane in the Surround Stakes.

Greysful Glamour ran second to Aristia in the VRC Oaks and Scarlet Dream was runner-up to Verry Elleegant in the Australian Oaks with Newham confident she could claim a Group One win in the Queensland winter.

After deciding not to run her in the Queensland Oaks because it was at 2200m at Doomben, Newnham set Scarlet Dream for the Derby over 2400m at Eagle Farm only for the filly to hurt herself on race eve in a training mishap.

With Maid Of Heaven retired by her owner, Arrowfield Stud, and Nakeeta Jane injured, Newnham hopes Scarlet Dream and Greysful Glamour can step up.

Greysful Glamour will run in Friday’s Mona Lisa Stakes (1350m) at Wyong with Scarlet Dream one of 23 entries in the Benchmark 94 (1500m) at Randwick a day later.

“She’s going well and it’s a nice race to kick her off in,” Newnham said.

“She’s entered for everything, the Cups, the Metropolitan.

“We’ve just got to work our way through her first couple of runs and decide where she’s at and where we go.

“She only had a short break after the Queensland carnival so she still has good residual fitness and she might even go third-up into the Metropolitan.”

The Group One Metropolitan Handicap (2400m) is at Randwick on October 5.

Newnham is not certain whether Nakeeta Jane will make it back to the track after she underwent surgery for a fractured sesamoid suffered two weeks ago.

“She will remain in a stable for three months up at the owner’s property then we’ll reassess after four or five months,” Newnham said,

“We’ll get some fresh X-rays which will tell whether she returns to training or goes to stud.

“But she’s in good shape. They’re really happy with the way the operation went, it’s just a matter of how it heals now.”