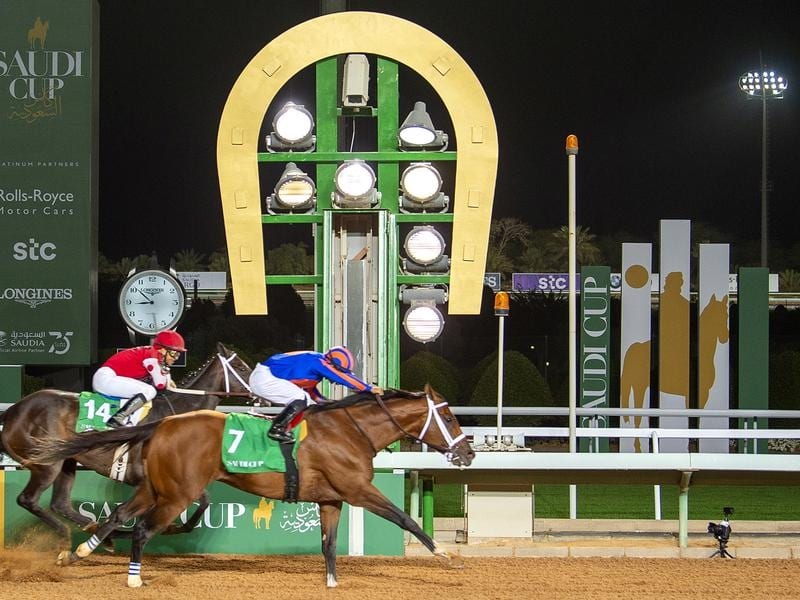 Maximum Security’s prize money for winning the Saudi Cup has been withheld pending a court case.

The Jockey Club of Saudi Arabia is withholding Maximum Security’s winning prize money for the $20 million Saudi Cup, after trainer Jason Servis was indicted on federal charges in the United States.

The trainer is one of 27 people indicted by the District Attorney for the Southern District of New York in Manhattan as part of an investigation into alleged doping of horses.

Servis sent out Maximum Security to win the world’s richest race in Riyadh in February, but prize money for the nine-furlong race (1800m) will not be paid until the JCSA has finished its inquiries.

“JCSA is conducting its own investigation in respect of the allegations and until that investigation is concluded, JCSA will withhold payment of prize money due to all connections of horses placed in prize-winning positions in the Saudi Cup,” a JCSA statement said.,

“This decision has been communicated privately to connections of Saudi Cup runners.

“Due to difficult operational circumstances caused by the Covid-19 global pandemic, the investigation has not yet concluded.”

Maximum Security, who is jointly owned by Gary and Mary West and the Coolmore triumvirate of John Magnier, Michael Tabor and Derrick Smith, is now in the care of Bob Baffert.

The horse gained notoriety when he was disqualified as the winner of the Kentucky Derby in May, 2019 for causing interference.