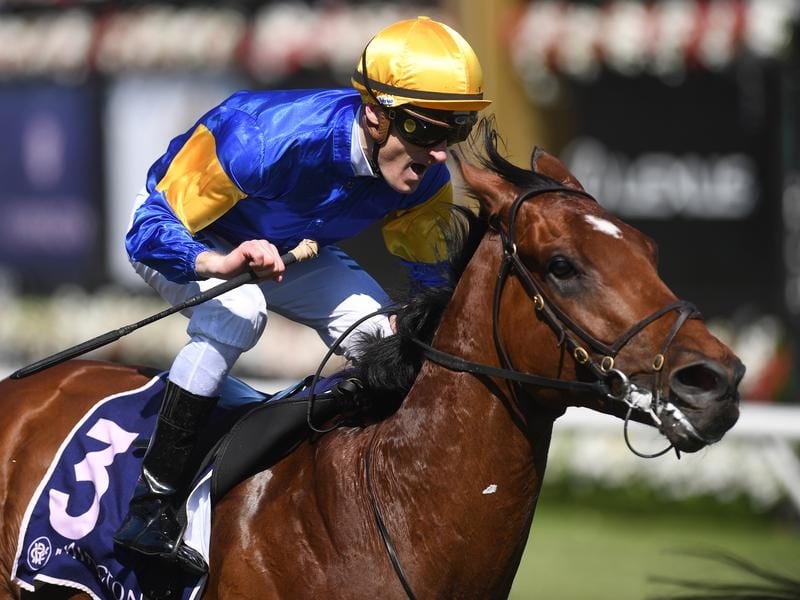 Santa Ana Lane can give trainer Anthony Freedman a third spring G1 if he wins the Sprint Classic.

Star sprinter Santa Ana Lane gets the chance to cap a successful Melbourne spring carnival for the Anthony Freedman stable when he attempts to defend the Darley Sprint Classic at Flemington.

Santa Ana Lane goes into Saturday’s $2 million weight-for-age race off a last-start second in the $14 million Everest in Sydney.

He is the $2.25 favourite to win the feature open sprint of the Melbourne Cup carnival for a second-straight year.

Victory would also give the Freedman stable its third Group One win of the Melbourne spring and second for the Melbourne Cup carnival.

Warning claimed the Victoria Derby on the first of the four days while Super Seth won the Caulfield Guineas last month.

Seven-year-old Santa Ana Lane has won five Group One races, his first in the spring of 2017.

“This year he bounced out of The Everest and watching him canter around this morning at Flemington, he’s very fresh and full of himself and jumping out of his skin,” assistant trainer Sam Freedman said.

“His work on Tuesday was super.

“Hopefully we can get the same result.

“We’ve had a really good spring so far with Super Seth winning the Caulfield Guineas and Warning winning the Derby.

“And it would be nice to finish it off with Santa Ana Lane who has been a flag bearer for the stable for so many years and really has been the rejuvenation of my Dad, Anthony, and his training career.

“So it would be nice to cap off the spring with him winning a Group One.”