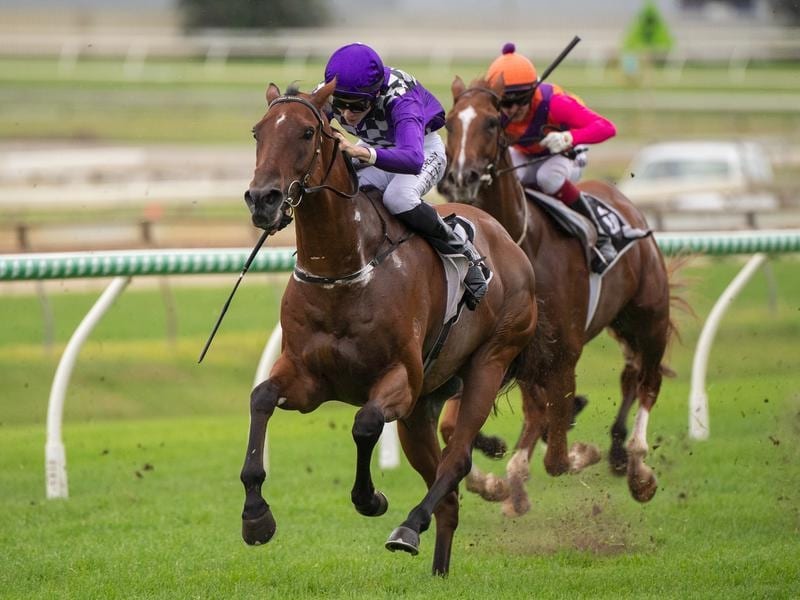 Sabkhat will be out start the new racing season on a winning note as a 10-year-old at Eagle Farm.

Veteran Sabkhat can join an elite group of older horses to win in Queensland metropolitan company if he is successful at Eagle Farm.

Only four horses aged 10 years or older have won metropolitan Open company races in Queensland in the past 30 years.

The latest was Irish Constabulary in November 2018 with the oldest Ollie Vollie who won a Gold Coast Quality as a 12-year-old.

Sabkhat is top weight in the XXXX Dry Handicap (1400m) where he faces an ordinary off-season field.

The gelding has had only two runs since leading all the way to beat stakes class horses Magnufighter and Get Stuck In in a 1650m race at Doomben on April 18.

He was fifth in a Quality at the Gold Coast on May 22 and trainer Steve O’Dea elected to keep him for a late winter campaign.

O’Dea believes Sabkhat has got wily with age and was something of a thinker.

“We have to keep him interested and come up with something new in training such as putting him over the jumps,” O’Dea said.

Sabkhat can be ridden behind the pace or lead In his races which gives jockey Taylor Marshall plenty of options from barrier seven.

Sabkhat was originally a Darley horse and trained by Peter Snowden and then John O’Shea in Sydney before joining O’Dea in 2016.

Marshall will also ride Tamarack in the Kirin Handicap (2200m) for O’Dea.

“He has had two runs for us since coming up from Joe Pride in Sydney and he has won out to 2400m,” O’Dea said.