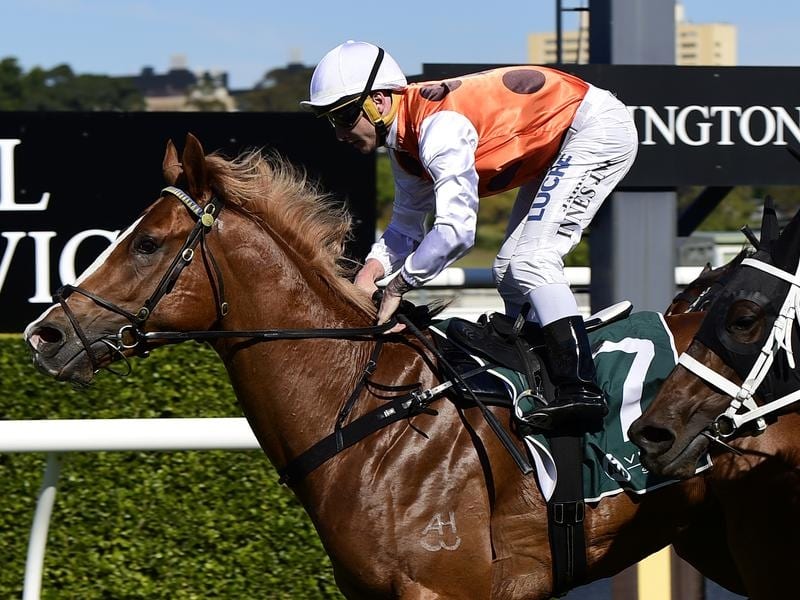 Well-bred Standout will step up in class when he runs in the Heritage Stakes at Rosehill.

Golden Rose day has been a happy hunting ground for Gerald Ryan and he is looking to superbly bred colt Standout to continue his successful affiliation with the meeting.

The local trainer took out the program’s namesake race two years ago with Trapeze Artist and he has won several feature races on the support program including the 2017 Shannon Stakes with Washington Heights.

While he will not have a runner in the Group One feature this Saturday, he will saddle up Standout in the Listed Heritage Stakes (1100m) at Rosehill.

By Exceed And Excel out of Bahia, Standout is a full brother to Outreach who finished second to subsequent Golden Slipper winner Vancouver at his only start in the 2015 Canonbury Stake before injury prematurely ended his racing career.

Raced by George Altomonte, the owner of Menari who ran third to Trapeze Artist in the Golden Rose, Standout has been given time to grow into his big frame.

He kicked off his career in August when he scored a provincial win at Gosford before backing it up with a city victory at his only other appearance.

“His runs have been good, full of merit.

“Whatever he does this time around, he’s going to be a lot better in the autumn because he’s going to have that experience underneath him.

“I reckon he is a nice horse and I’m excited to see what level he can get to.”

The Heritage Stakes has attracted a handy field headed by Cosmic Force, Bellevue Hill and Accession, all stakes winner at two.

Also there is up-and-coming Godolphin three-year-old Pandemic, who drops back in distance after finishing fourth to Golden Rose contender Yao Dash over 1300 metres last start.

Ryan has scratched Villami from the race in preference for the Scarborough Stakes (1200m) at Moonee Valley on Friday night, the filly arriving in Melbourne on Thursday.

She brings strong form lines, pushing top filly Libertini right to the line when runner-up in the Furious Stakes at Randwick, although a wide draw in 11 had dented Ryan’s optimism.

“I was confident before the barrier. The barrier doesn’t excite me much,” Ryan said.

“Her form up here against the fillies is very strong. It’s just how it measures up against the Melbourne fillies.”