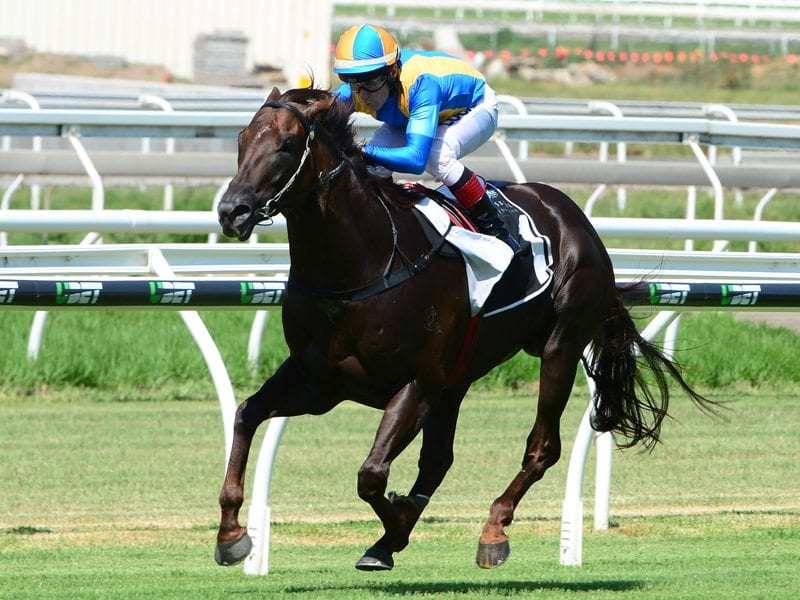 Jockey Jeff Lloyd is confident Winning Rupert will run a strong 1400 metres in the Magic Millions.

While star colt Winning Rupert has yet to run over 1400 metres, his jockey has no doubts he will handle the distance in the $2 million Magic Millions Guineas.

Jeff Lloyd has dashed the hopes of his rivals by saying he is confident the colt will keep his unbeaten record intact on January 14 at the Gold Coast.

Winning Rupert has been brilliant at his first three starts this summer running course records for 1200m and 1300m at Eagle Farm.

He also ran the second fastest 1200m ever recorded at Doomben with his win there last month.

Winning Rupert took more than a second off the Eagle Farm 1300m record when he won the Group Three Vo Rogue Plate on Saturday.

Trainer Bjorn Baker believes Winning Rupert will be a Group One horse at distances around 1200m later in his career.

But he believes the colt will handle the three-year-old opposition in the Guineas at 1400m.

“I haven’t asked him to do much more than I have to. There will be more there if I need it,” Lloyd said.

He believes the softer tempo of the 1400m will also suit Winning Rupert.

Clare Cunningham who is looking after Winning Rupert for Baker in Queensland, is another believer.

“He is getting more professional in his racing and he settled in the lead in the Vo Rogue Plate,” she said.

Winning Rupert is now at $1.65 for the Guineas after his main rival Global Glamour was well beaten in the Nudgee Quality on Saturday.

However, the dual Group One winner was in a lot of trouble in the race getting four mentions in the stewards’ report after being slow to begin and being checked thee times.