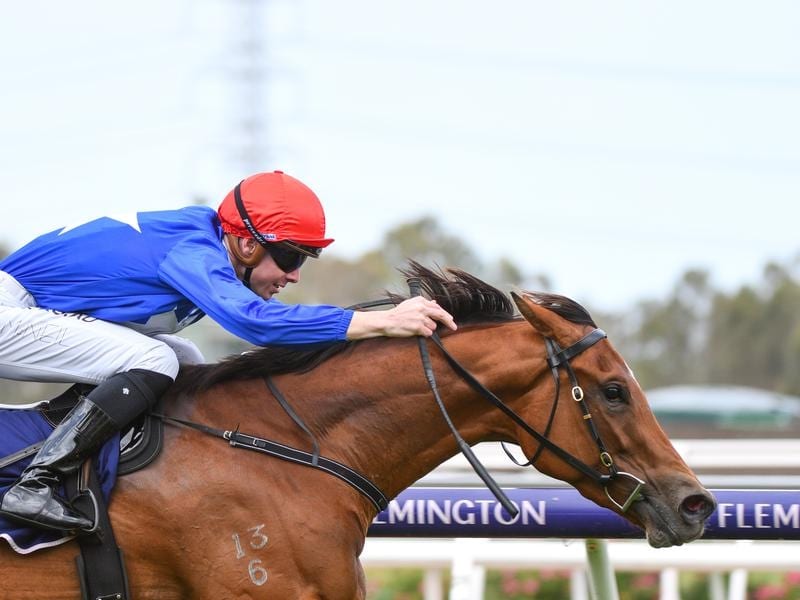 Rubisaki has advanced her record to four wins from six starts with a victory at Flemington.

Talented filly Rubisaki has continued to build on an already promising record, making it back-to-back city wins this preparation.

Trained by Patick Payne and ridden by in-form Jye McNeil, Rubisaki was sent out the $2.15 favourite in Saturday’s The Roof Garden Handicap (1400m) at Flemington and was able to show the turn of foot she possesses once a gap appeared in the straight.

The half-length victory was Rubisaki’s fourth from six starts which included an impressive win at The Valley in the first start of her current campaign in late November.

“I think we’ve determined that and she’s proven quite dominant once again today.

“I thought the way she chased and let down off a slow tempo was quite impressive.”

Rubisaki settled in the second half of the seven-horse field from barrier one and McNeil said he was initially looking to angle out early in the home straight but instead had to take a run closer to the inside when it presented.

Rubisaki sprinted through a gap nearing the 200m and then was able to get the better of runner-up Antagoniser ($14), with Hi Stranger ($8) another three quarters of a length away third.

Payne brought up a race-to-race double when Modear, another three-year-old filly, raced to a narrow victory in the Courtyard Bar Sprint under apprentice Nathan Punch.