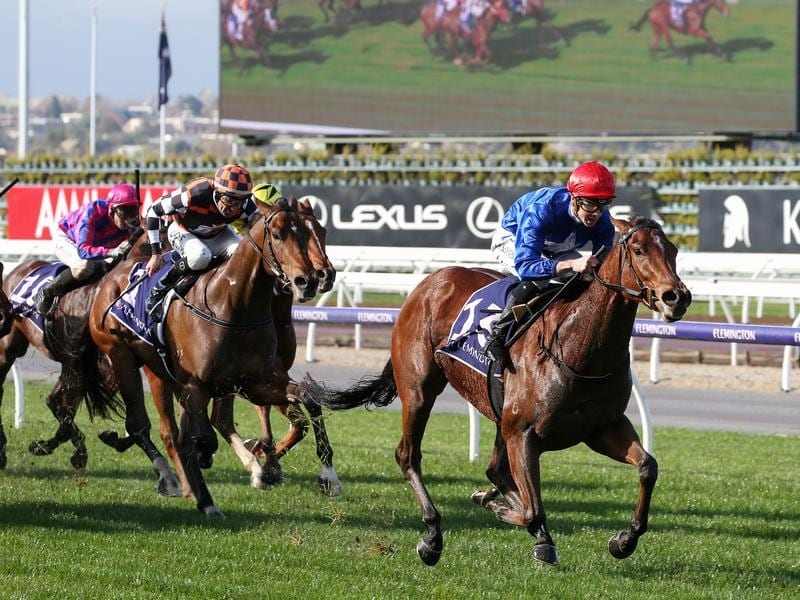 Trainer Patrick Payne believes promising filly Rubisaki will get better with time but the two-year-old will try to cap her first racing campaign with a stakes race win at Flemington.

Rubisaki has two wins and a narrow second from three starts and goes to Saturday’s Listed Taj Rossi Series Final (1600m) for two-year-olds off the back of an impressive win over 1400m at the same track in a heat of the series last Saturday week.

“She is a little beauty to deal with,” Payne said.

“She tries really hard and is just a little professional racehorse and I think she’s going to keep get better and better in time.

“We don’t get too overexcited at this time of year but I think she will keep getting better in time and I think the future looks pretty good.”

Given Rubisaki is the highest rated runner among the nominations she will have to carry 59kg under the handicap conditions which is a rise of 5kg on her last-start win.

But Payne believes the filly will relish the step up in distance.

“She’s suggested in all her runs that the mile will be perfect for her,” he said.

Rubisaki was narrowly beaten on debut at Warrnambool during the three-day carnival on May 2 before winning a Seymour maiden for two-year-old fillies by 2-1/4-lengths over 1200m last month.

The filly let down strongly in the straight at Flemington under Jye McNeil to win by the same margin and Payne has been happy with the way Rubisaki has kept ticking over for Saturday.

“She’s a natural athlete so we don’t do that much with her but she has continued on training exactly the way she has trained all the way through.”

Payne said the plan would be to back off the filly after Saturday with a view to the spring,.

He believes she will be even better suited again as an autumn three-year-old next year.