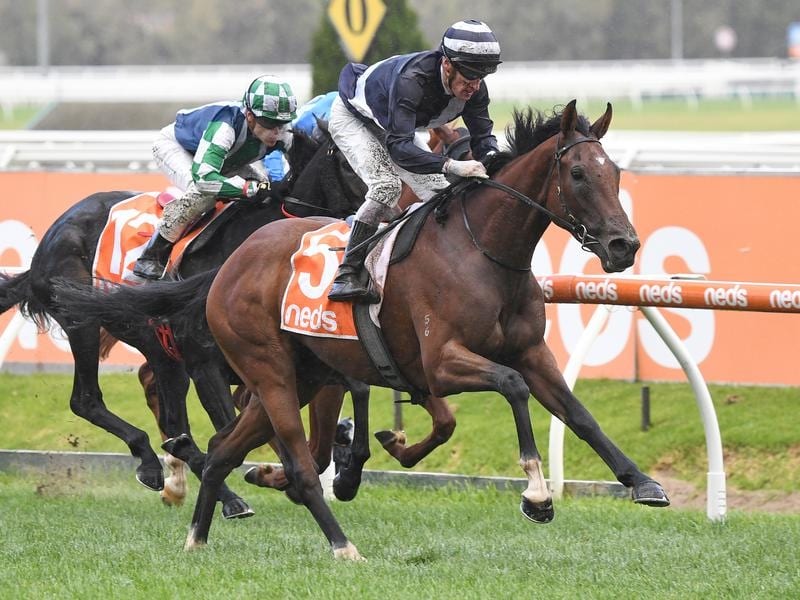 Royal Crown is on a South Australian Derby path after a strong staying performance at Caulfield.

Before heading overseas for a break, Mick Kent discussed his plans for Royal Crown with caretaker trainer Robbie Griffiths.

Kent’s planning proved spot on with Royal Crown successful on Saturday, but the three-year-old’s work is not finished yet.

If Griffiths can hold the gelding together, there are two more stakes races the trainers have in mind, the VRC St Leger (2800m) at Flemington on April 25 ahead of the Group One South Australian Derby (2500m) at Morphettville two weeks later.

Griffiths and Kent have had a long professional association as well as being rivals on the track.

“Many years ago, and many kilos ago, I rode Mick’s first winner as a professional trainer,” Griffiths said.

“We’ve been mates for many years and Mick wanted me to look after this horse.

“He had this in mind for him while he was away and he thought that if we could hold him together that he could go this race into the St Leger and then the South Australian Derby.

“We’ve still got that plan.”

Saturday’s race was Royal Crown’s third outing for Griffiths after scoring first-up at Sandown last month then finishing sixth at Bendigo over 2200m on March 28.

“He was unlucky last start and today he was there a bit too soon, but he’s a strong young stayer,” Griffiths said.

“It suggests that a distance won’t be a problem and he’ll run forever.”