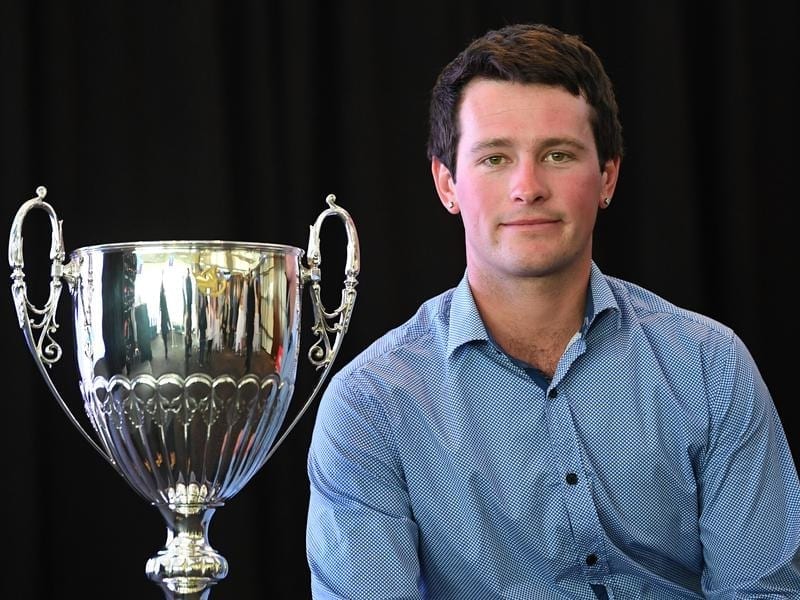 Matthew Brown will have his first Group One runner when Mr Exclusive contests the Caulfield Guineas.

Cranbourne trainer Matthew Brown says it’s exciting to be taking on some of the biggest names in Australian racing in the Caulfield Guineas.

Mr Exclusive will be Brown’s first runner at Group One level on Saturday and what makes the occasion more exciting is the three-year-old is family-bred and owned.

Brown has been training for only three years after starting his racing career as a jockey on the picnic circuit.

“It wasn’t something I really wanted to do being a jockey but I thought it would be good to get that different experience before getting my training licence,” Brown said.

“I got a lot out of it and now three years in we’re starting to kick some goals.”

The 25-year-old admits to making plenty of mistakes in his brief career but says he’s learned some valuable lessons.

Brown said he was now developing his horses in a different manner with the results starting to shine through with a good bunch of three-year-olds.

“I’ve been very fortunate with the support that I’ve had, and have, and with a few nicer types of horses coming through it’s exciting times ahead,” he said.

Mr Exclusive has raced on four occasions, winning a Sale maiden two starts ago before finishing fourth in the Caulfield Guineas Prelude on September 30.

“We’re going in there with a horse that’s very progressive,” Brown said.

“We drew a sticky gate in the Prelude and we had to try and get as close as we could to get a spot in the three wide line with cover.

“He rolled out some good sectionals late and he’ll enjoy the step up to the mile while the soft draw will help.

“He should get a nice run a few pairs back and hopefully he’ll still be finishing off strong.”

Mr Exclusive may be one of the outsiders in Saturday’s race, but that doesn’t concern Brown.

In latest betting he’s quoted at $61 with dual Group One winner The Autumn Sun a firming $1.90 favourite.

“Everyone wants to train Group One winners.

“If it happens it happens, but it’s just exciting to have a runner in such a high-profile race.”