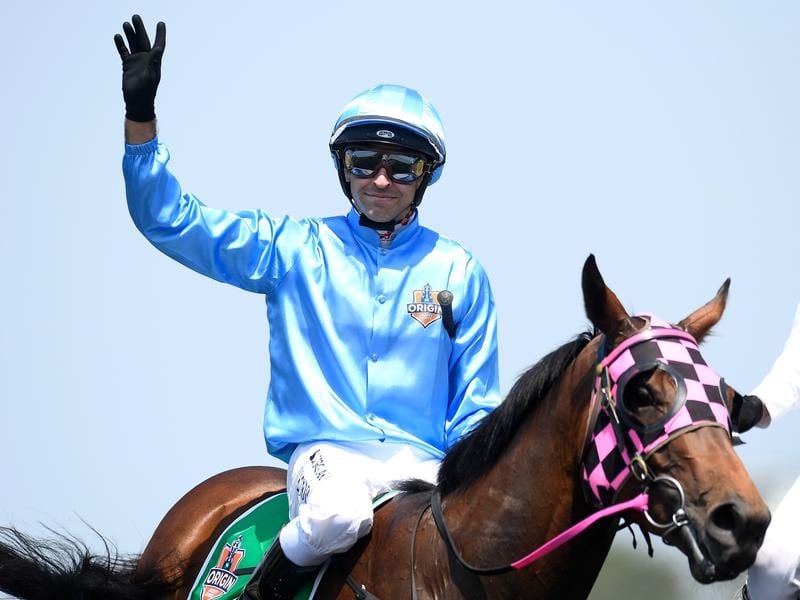 Michael Rodd has spearheaded a NSW win in the ‘Origin’ Jockey Series at Doomben and Eagle Farm.

Singapore-based Michael Rodd has had a happy homecoming, lifting NSW to victory in the fifth annual ‘Origin’ Jockeys Series at Eagle Farm.

Rodd rode a winner, a second and a third to help in the three heats lift the NSW team, which included Kathy O’Hara, to a clear win.

The series was cut from five to three heats after two races were lost on the first day with a wash out at Doomben.

NSW finished with 13 points to beat Queensland, Victoria and Tasmania who all ended up on 10 points.

South Australia was next on eight with New Zealand on six.

A Melbourne Cup winner, Rodd did his apprenticeship in Queensland but was born in NSW.

“I really enjoy riding in this series and I am glad to have finally won one. I missed the other year NSW won it,” he said.

ZIemba is yet another smart galloper from the family of top broodmare Cantantes whose offspring have won more than 50 races in Queensland.

Cantantes is the mother of Funtantes who is the dam of Ziemba and all three have been trained by Robert Heathcote.

Heathcote had an overnight set back when a storm deluge flooded part of his stables but it had no impact on his team at Eagle Farm.

Craig Newitt got maximum poiints for Tasmania when he steered favourite Jewelina to victory in the third heat.

Trainer Steve O’Dea is now likely to set Jewelina for the Group Three Vo Rogue Plate at Eagle Farm in a fortnight.

“She deserved that win and she has shown a lot of heart today,” he said.

Rodd finished second on Maslow ($5) which was enough to secure the series.