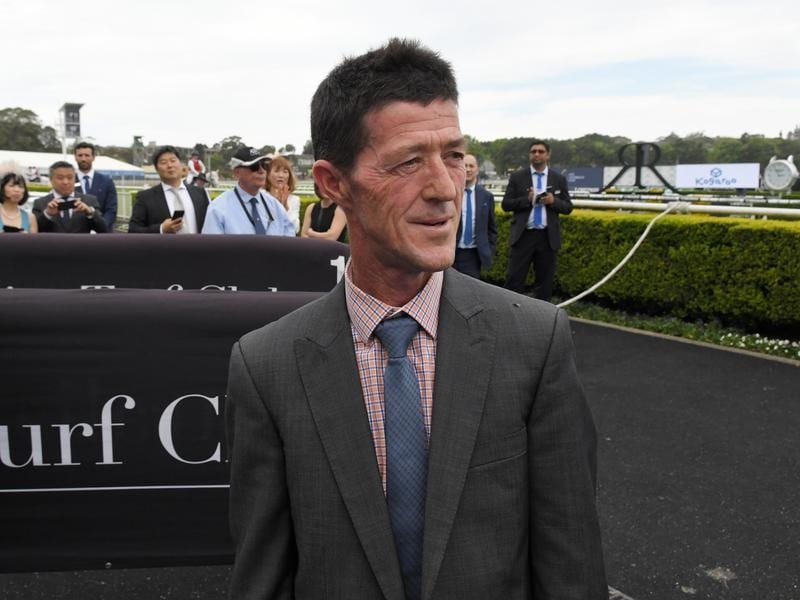 Peter Robl has high spring hopes for All Cylinders, a three-year-old which will resume at Randwick.

Jockey-turned-trainer Peter Robl is tongue in cheek when he talks about making a riding comeback, but there is no doubt he is enjoying being back in the saddle at trackwork.

Robl was forced to retire from riding five years ago after suffering a serious neck injury in a race fall at Scone.

He turned his hand to training and has 16 horses in work at Randwick, including promising three-year-old All Cylinders who kicks off his season at Saturday’s Kensington meeting.

For Robl, training has been a natural transition and one made easier in the past 12 months after receiving medical clearance to ride trackwork again.

“I got permission to ride work about 10 or 12 months ago and I ride most of mine in work, which I find very helpful,” Robl said.

“It makes me want to make a comeback.”

Robl spent much of his riding career in the country before being lured to Sydney where his Group One wins included the 2008 Rosehill Guineas on Dealer Principal and 2013 BTC Cup on Your Song.

He admits life as a jockey was easier but says it can’t compete with the satisfaction that comes from training a winner.

Robl is hoping the work he has invested into All Cylinders pays dividends this spring.

A son of ageless sire Testa Rossa, All Cylinders showed ability as a juvenile finishing runner-up to one-time Golden Slipper favourite Tenley and fourth to Pin Sec in the Black Opal Stakes when a mistake at the start cruelled his chances.

He has impressed in two recent barrier trials, enough to tempt Robl to run him in last weekend’s Listed The Rosebud but in the end the trainer decided on a more conservative approach.

“I did toy with the idea of running him in the Rosebud first-up but I thought I’d take the easier option,” Robl said.

Glyn Schofield has the ride on All Cylinders whose natural gate speed should help him settle in a forward position from a good draw in barrier three.