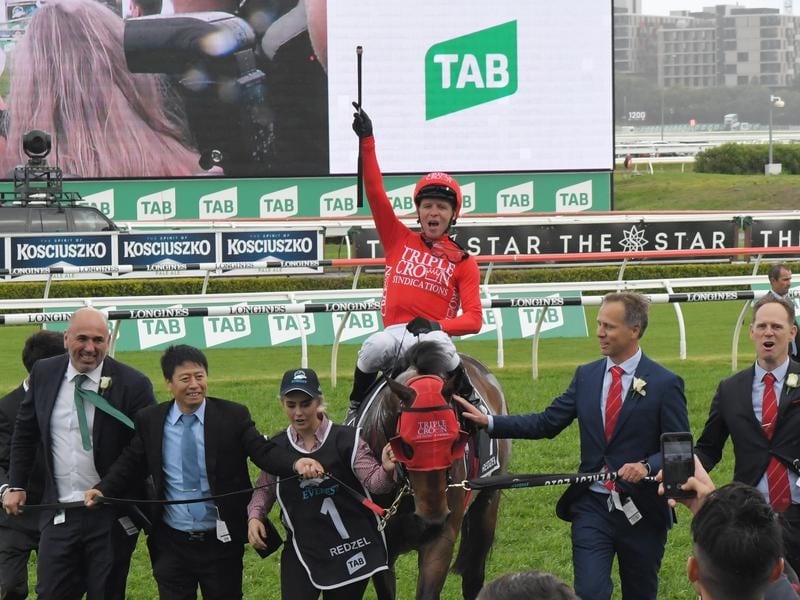 Redzel has won a barrier trial at Gosford ahead of his bid for a third win in The Everest.

Dual Everest winner Redzel has been given a strong hit-out to win a barrier trial at Gosford ahead of his bid for a third win in the $14 million race.

With race jockey Kerrin McEvoy aboard, Redzel worked to the lead after a slightly slow start to take control of Tuesday’s 1000m-heat.

He held off fellow Everest contender In Her Time by 1-1/4 lengths with the pair well ahead of third-placed Bobbing.

Trained by Peter and Paul Snowden, Redzel has had two starts this campaign, winning the Concorde Stakes before running third in The Shorts behind Everest runners Pierata and Classique Legend.

The Kris Lees-trained In Her Time will go to The Everest on October 19 without racing but she has had three barrier trials.

In Her Time’s multiple Group One winning stablemate Le Romain worked home well in his trial to finish second to the Snowden-trained McLaren.

Le Romain is entered for the VRC Sprint Classic at Flemington on November 9.