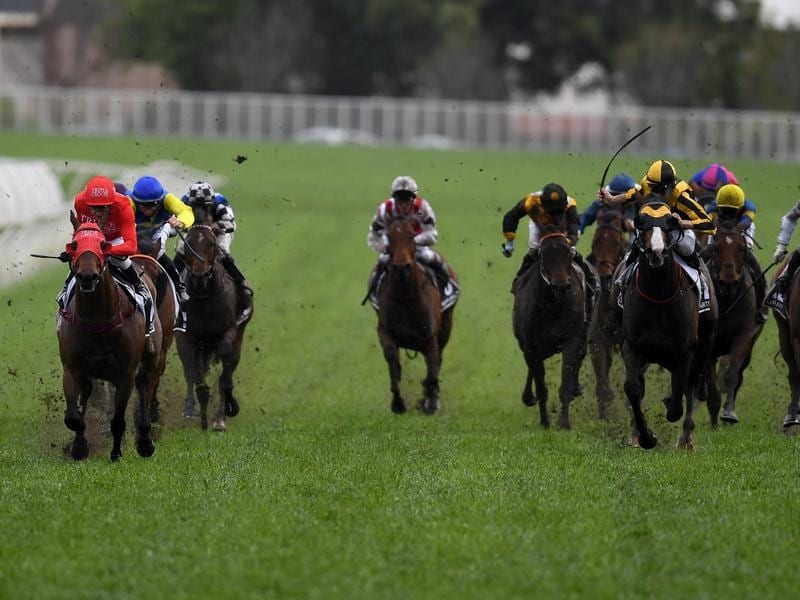 Dual Everest winner Redzel has finished a comfortable second in an 800-metre barrier trial at Gosford.

The Peter and Paul Snowden-trained gelding tracked Oakfield Twilight throughout the heat and lengthened stride in the final stages without being over-extended.

Oakfield Twilight won the trial by a long neck with Miss Invincible third.

Redzel ran in the trial without his race day blinkers.

He will have another barrier trial before he begins his Everest campaign in the Group Three Concorde Stakes on September 7.

“It was good to see. He is always pretty casual without the blinkers,” Peter Snowden told Sky Sports Radio.

“He is on track and we are happy with what he did today.

“He will have another trial in two-and-a-half weeks with the blinkers on and we will ask a bit more of him.”