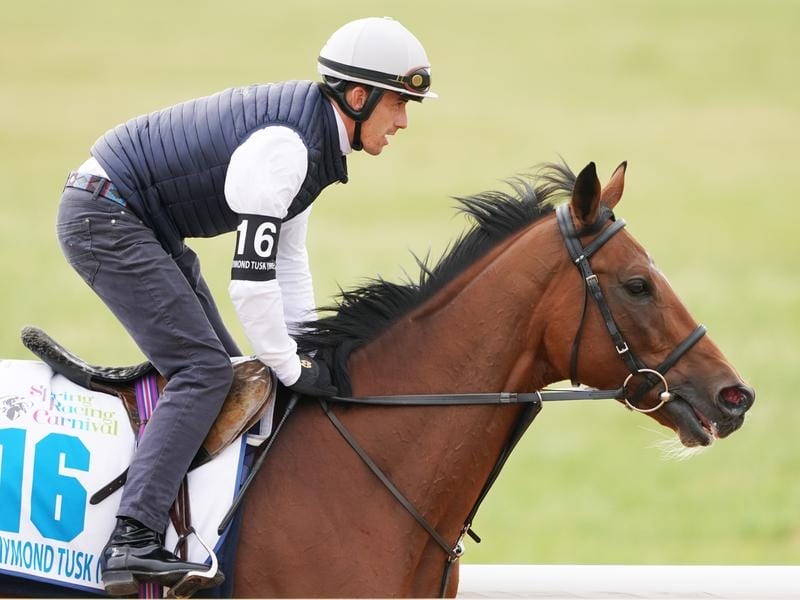 English horse Raymond Tusk will be saved for the Melbourne Cup and not run in the Caulfield Cup.

International stayer Raymond Tusk will not be an acceptor for the Caulfield Cup and is instead being saved for the Melbourne Cup.

Turnbull Stakes winner Kings Will Dream is also a non-runner with trainer Chris Waller to target the Cox Plate.

Raymond Tusk was safely in Saturday’s $5 million Caulfield Cup field as No.18 in the ballot order with a number of runners above him declared as non-acceptors.

The field for the Caulfield Cup will be finalised after the Coongy Cup at Caulfield on Wednesday, with the barrier draw to held that evening.

Trained by Richard Hannon, Raymond Tusk was a last-start fourth behind Mustajeer in British racing’s richest handicap, the Ebor at York in August.

Raymond Tusk is a $26 chance in Melbourne Cup betting with Australian-trained gallopers Finche and Surprise Baby sharing favouritism at $9.

Kings Will Dream held a ballot exemption into the Caulfield Cup for his win in the Turnbull at Flemington on October 5.

Japanese mare Lys Gracieux heads the Cox Plate market at $4.50 ahead of Avilius at $6 with Kings Will Dream a $15 chance.