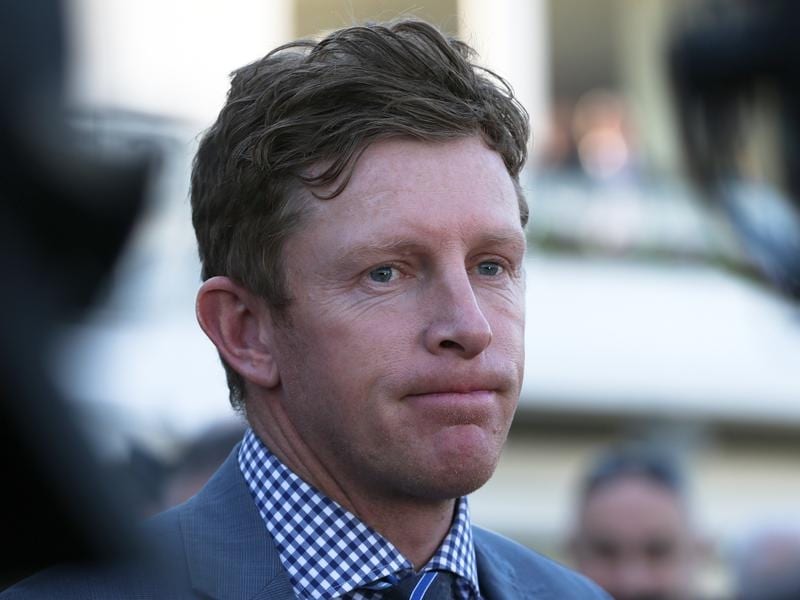 Trainer Matt Laurie has waited a long time to get Rainbow Girl back but she is ready to race.

Trainer Matt Laurie held high autumn hopes earlier in the year for Rainbow Girl who finally makes it back to the track after a 14-month absence.

Rainbow Girl runs for the time since October 2018 in the New Years At Legends Handicap (1000m) at The Valley on Saturday.

She needed an operation to remove a bone chip then had laser surgery on a throat ailment which halted her progress, much to her trainer’s disappointment.

After lowering the colours of city winners Rich Itch and Halvorsen in maiden grade at Cranbourne, Rainbow Girl scored at Bairnsdale before Laurie stepped the filly up to Listed level.

She finished secod at The Valley before her extended break.

“She had joint surgery after the Crockett Stakes as we knew she had the chip going into the race and that just showed how tough she is,” Laurie said.

“We got her quite a way into her autumn prep, not far off starting some quick work and she started making some noise.

“After a scope there was a dirty big infection that had been brewing in her throat and it got to the point where she had to have surgery.

“Basically she had a blockage there and it’s taken us that long to get her back up.

“It was bitterly disappointing because she looked like she had some ability and you don’t want to be missing out on your three-year-old year.”

Laurie said Rainbow Girl would be eased back into racing, going through her grades to get her rating up to tackle better company.

He is conscious how much tougher it is to tackle black-type races as a four-year-old as opposed to being a year younger.

Rainbow Girl has been given a thorough grounding for her return, with multiple trials and jump-outs topped off with a gallop at Sandown on Tuesday.

“We’re hoping she can run a good race,” Laurie said.

“I think she’s forward enough, but at the same time she’s had 14 months on the sidelines so that’s got to count for something.

“We would have liked to have drawn a little bit better, but she’s ready to go and we’ve got to kick off.

“We’ll get her over Saturday, find something else for her and then hopefully edge our way to stakes company.”