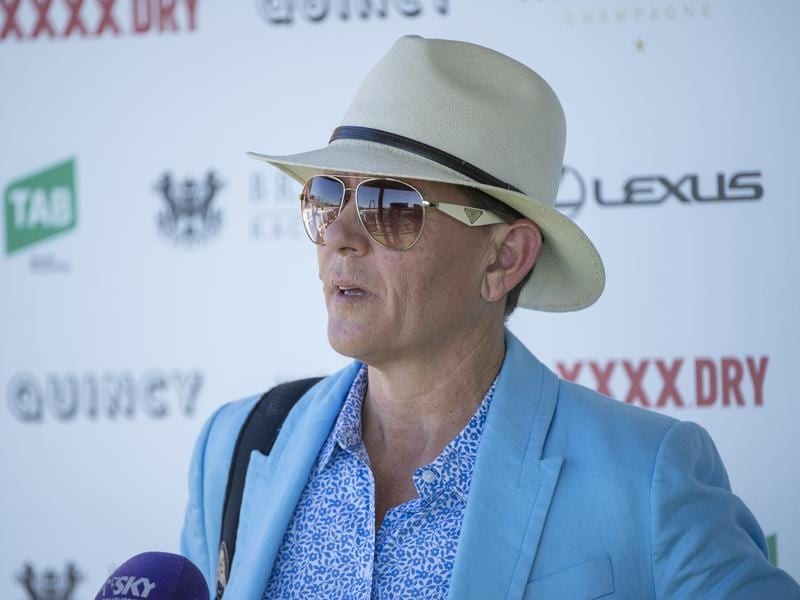 Apache Chase faces only four rivals in the QTIS 3YO (1500m) on Saturday.

Forster believes Apache Chase is potentially the next top horse to emerge from her Eagle Farm stables.

Apache Chase was having his first start since a spell when he led all the way to win a 2YO Maiden Handicap (1400m) at Eagle Farm on July 15.

The gelding has had three starts and has led in them all and in each case that wasn’t the race plan.

But a lack of other pace in the races saw Apache Chase pushed into the leading role.

Forster is keen to try Apache Chase being ridden from behind but realises small fields in Brisbane are rarely run at a fast early pace.

“I put a shadow roll on him to help him settle last start and he led easily,” she said.

“As the races get longer I would like to see him ridden with cover. But when you get a race like Saturday you want to take the risk out of it.

“If you are in front you know he should be out of trouble.”

Forster said she was not sure which way to go with Apache Chase after Saturday.

“Maybe I will send him straight back for a spell so he can mature a bit more,” Forster said.

“I hear Sydney has been declared a no-go zone for coronavirus so maybe we will look at the Magic Millions Guineas.

“He will only get better from here and you will see a very good three-year-old this season.”

Apache Chase is yet another smart horse by former top sprinter Better Than Ready who is now Queensland’s top sire.

“A lot of his horses are starting to win at longer trips than purely sprint distances,” Forster said.

“The breed are pretty foolproof.

“Last season was good and it could be an omen to win the first race of the new season on Saturday.”

“I think he can go on to be more than handy this season,” he said.