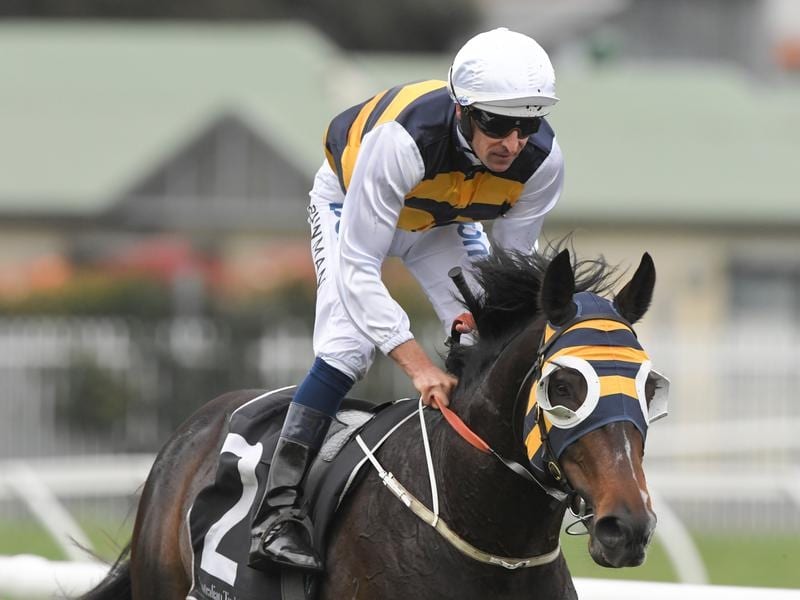 Nine years after combining to win the Ming Dynasty Quality with Lion Tamer, jockey Hugh Bowman and master Kiwi trainer Murray Baker were at it again with Quick Thinker, who has surprised the stable to win his Australian debut.

Andrew Forsman, who now trains in partnership with Baker, said he expected Saturday’s heavy Rosehill track to be against the three-year-old who was a betting ring drifter from $7.50 to $11.

But the son of So You Think showed his quality, digging deep to round up Aspect Ratio ($19) and scoot away to score by two lengths, with Reformist ($14) sticking on for third a further 1-1/2 lengths in arrears.

“Hughie won this race for us on Lion Tamer a few years ago and he went on to do good things so hopefully this guy can do the same,” Forsman said.

“We had no idea how he’d handle that (track). He’d had three trials leading into today at home on very similar conditions and hadn’t really gone that well

“He looked in a bit of trouble at the top of the straight, he still had a lot to do but he won with authority and that’s the sign of a good horse.”

Owned by OTI Racing, Quick Thinker’s short-term goal is the Group One Spring Champion Stakes (2000m) at Randwick on October 12, possibly via the Dulcify Quality (1500m) at Rosehill on September 14 and the Gloaming Stakes (1800m) at the same track two weeks later.

Bowman came away from his first race ride on the three-year-old impressed but stopped short of predicting he could reach similar heights to Lion Tamer, who went on to claim the 2010 Victoria Derby and Group One Underwood Stakes the following year.

“I couldn’t say no, but he’s got a long way to go to be Lion Tamer,” Bowman said.

“It was a really decent win by him. I don’t think the stable was all that confident in the conditions but it’s nice to have them proven wrong and he’s a progressive horse.”

Riding for the first time since a heavy race fall at Randwick in April, Andrew Adkins was rapt with the performance of Aspect Ratio and said the John Sargent filly had a bright future.

Sargent has a knack for producing smart staying fillies and Adkins reckons Aspect Ratio could be his next.

“She didn’t feel like she handled the track at all but she kept surging,” Adkins said.

“It’s good to be back and hopefully I can stick with her, she might be an Oaks horse in the future.”