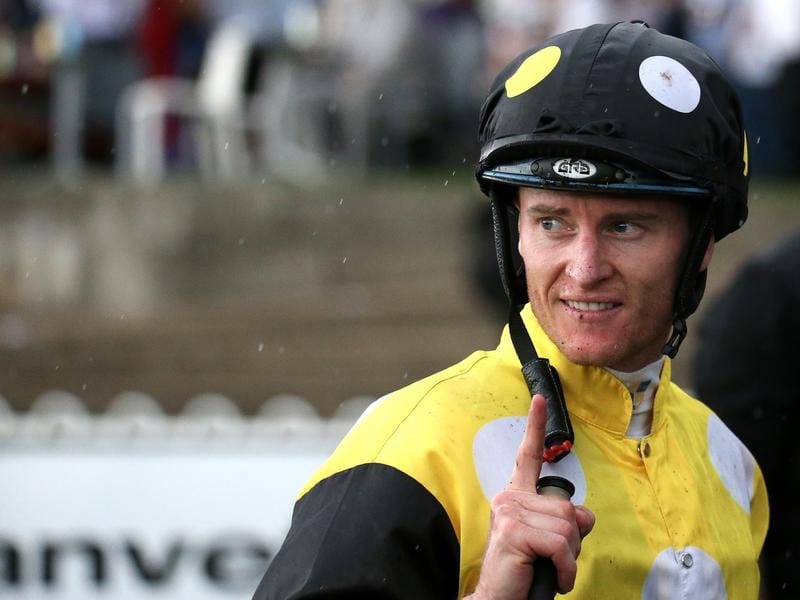 Australian jockey Zac Purton is on the verge of claiming his fourth Hong Kong premiership.

Zac Purton is all but assured of his fourth Hong Kong jockeys’ premiership after Joao Moreira incurred another suspension.

Purton rode three winners to Moreira’s two on Sunday’s program at Sha Tin and the Australian rider holds a six-win lead over the Brazilian with only three meetings of the season remaining.

But Moreira is only eligible to ride at one of those meetings, with a careless riding suspension incurred on Sunday ruling him out of the season-ending fixture on Wednesday week at Happy Valley.

Moreira also misses this Wednesday’s meeting from a previous suspension.

Purton won his first Hong Kong premiership in 2013-14 before Moreira claimed the next three premierships in succession.

The winning treble on Sunday took Purton’s season tally to 141 wins and he is poised for his third straight title.