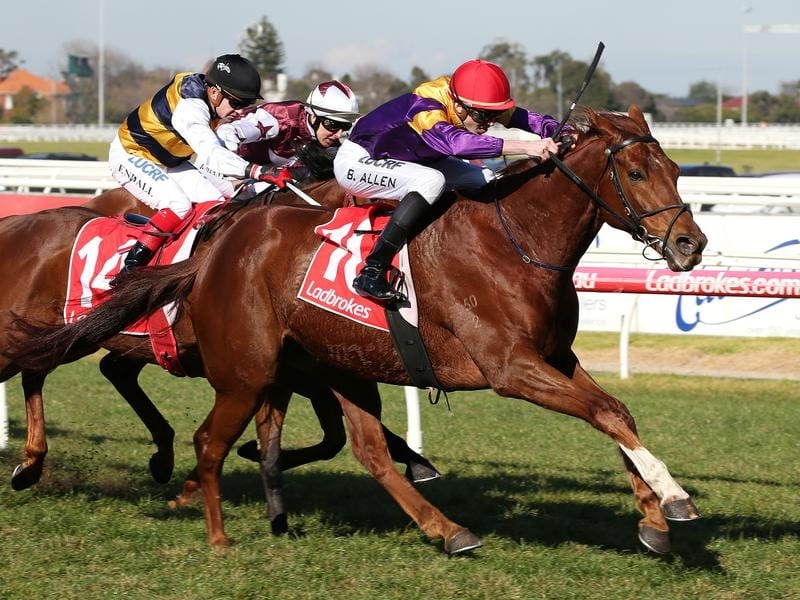 The Aaron Purcell-trained Guizot will try to back up his Warrnambool win with another at Caulfield.

Having won the race he had been aimed at during the recent Warrnambool carnival on his home track, Guizot is now set for what his trainer Aaron Purcell is confident is another suitable assignment in Melbourne.

Guizot gave local trainer Purcell his sole winner at this year’s Warrnambool carnival when he took out the 1700m-handicap by 1-1/4-lengths on the opening day on April 30.

Purcell had given Guizot a freshen-up during the late summer and early autumn to target Warrnambool and then press on into winter with the imported gelding who is the $3.10 favourite in Saturday’s Ian Miller Handicap (1600m) at Caulfield.

“It was a race we had targeted for him at Warrnambool,” Purcell said.

“Things fell into place during the preparation and he was far too good on the day.

“He has come on well since and Caulfield is a track where he has run well at in the past. A bit of rain about won’t hurt him at all and I do expect him to be a really good chance again.”

Guizot has raced three times at Caulfield for a win and two seconds and Purcell believes the gelding is drawn to get the run of the race from barrier four in the nine-horse field.

The six-year-old beat Mantastic in a 1700m- handicap last winter while his most recent Caulfield start was in late January when he finished second to Silentz over 1700m.

“There’s a couple of horses in Saturday’s race who go pretty well on their day so it’s not going to be an easy race, but I’m definitely going in with some confidence,” Purcell said.