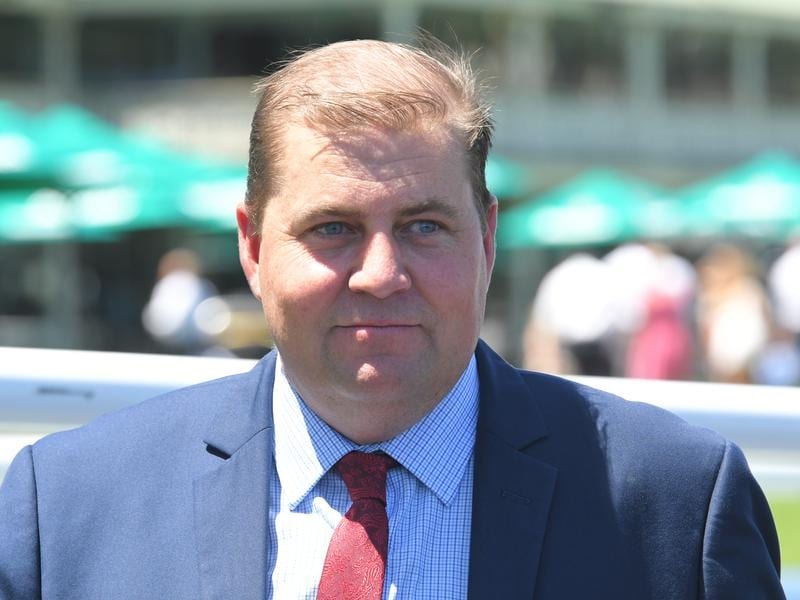 Sydney trainer David Pfieffer has taken Prophet’s Thumb to Melbourne to run at The Valley.

Sydney trainer David Pfieffer has headed south to Melbourne with Prophet’s Thumb to escape The Everest contenders at Randwick.

With Redzel, Pierata and Sunlight running in the Concorde Stakes at Randwick, Prophet’s Thumb will be at The Valley on Saturday to run in the McEwen Stakes.

Pfieffer took Prophet’s Thumb and stablemate Love Shack Baby, who runs in a 1600m handicap on Saturday, to a trackwork session at The Valley on Tuesday.

“There’s some good class sprinters in Sydney and at some stage in her career Prophet’s Thumb will be up to that, but she’s got to earn her way there,” Pfieffer said.

“She’ll be a good handy chance on Saturday and if she goes well she’ll then be aimed at Moir Stakes in three weeks time.”

Prophet’s Thumb has raced 10 times, registering three wins, the latest being the Listed Fireball Stakes at Randwick in March.

After she finished third at Scone in May, Pfieffer took the mare to Brisbane where she ran fifth in the Helen Coughlan Stakes at Doomben on June 1.

Prophet’s Thumb has since won a Rosehill trial on August 20.

“She was a stakes winner last prep and had a few unlucky runs in stakes races,” Pfieffer said.

“She has come back well, so hopefully she’s got a few more stakes wins in her.”

Pfieffer said Prophet’s Thumb was ideally suited by a hot tempo and he is hoping Saturday’s race is a high-speed contest.

“Hence why we came down early to give her a spin around today.”

Love Shack Baby was the winner of the Coffs Harbour Cup before his last-start third in the Rowley Mile at Hawkesbury.

“I thought the races in Sydney are only going to get harder and harder and it’s worked out well to be a travelling partner for Prophet’s Thumb as well,” he said.

“If he can draw a gate and put himself on pace, I’m sure he’ll run well.”