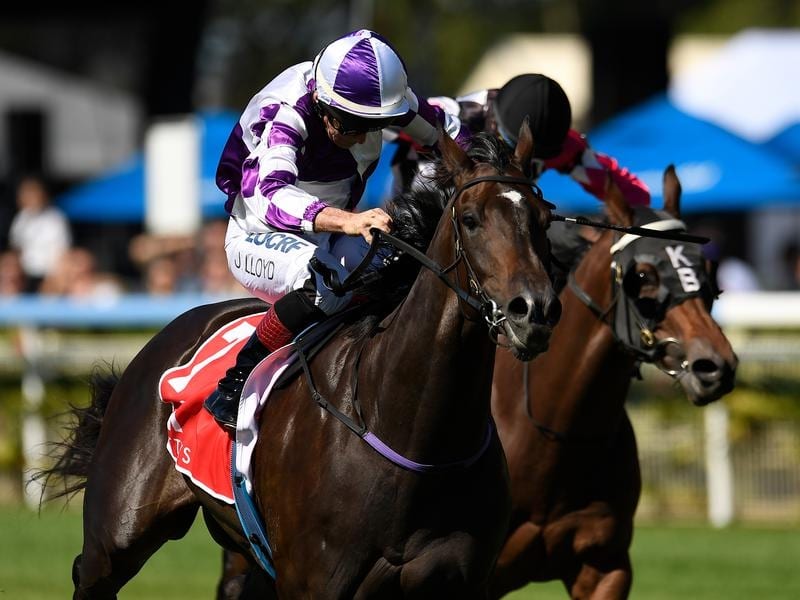 Ef Troop (left) has overcome a strong headwind to return to winning form for Tony Gollan at Doomben.

Ef Troop was one of Queensland’s best two-year-olds last season, starting favourite when fourth in the Magic Millions 2YO Classic and running unplaced in the Group One Golden Slipper.

He failed in Melbourne during the spring as an early three-year-old and Gollan decided to put him away for the winter.

It hasn’t gone exactly to plan with Ef Troop being scratched several times because of wet tracks.

“We put all of our eggs in the one basket by waiting for the winter. But wet tracks have delayed his comeback,” Gollan said.

“But he has had four jump-outs and trials so he has been ready to race. We considered going to Scone today or even running in the Doomben 10,000.”

“As it turned out we decided to stick with a Class 6 Plate and he showed today he could handle 1200m. It was the right decision and we can now look for something better.”

“I can’t remember enjoying a Class 6 win so much.”