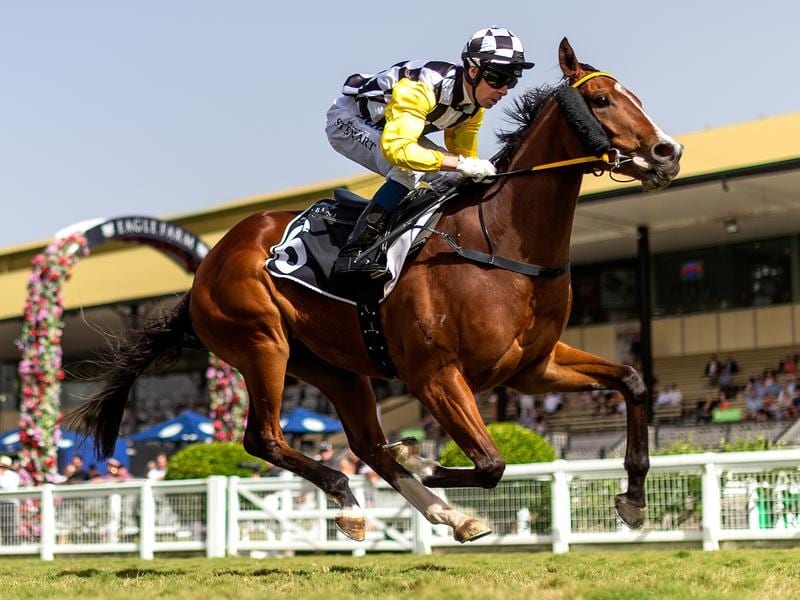 Profit has trialled well ahead of a start in either Sydney or Brisbane on his way to the MM Guineas.

Top Queensland three-year-old Profit will be entered for races in Brisbane and Sydney in an attempt to qualify for the Magic Millions Guineas after his strong win in a barrier trial at Doomben.

Profit sat in fourth place coming to the turn in Tuesday’s trial before being pulled wide in the straight to wear down the leaders in his 1000m-heat.

Profit was the star of Brisbane’s spring three-year-old races, winning three times and running second once.

He has not started in a race since his victory over 1800m at Eagle Farm on October 5.

But first he wants to give Profit his chance in the $2 million Magic Millions Guineas (1400m) on January 11.

Profit, a son of Dundeel, cost $300,000 at the Magic Millions sales for a syndicate headed by the Think Big Stud.

He is 22nd on the order of entry for the Guineas with $115,000 but can leap-frog into the race in the next fortnight.

“It is usually enough to make the Guineas field but this year might be different,” Anderson said.

“We will enter him for the (Group Three) Vo Rogue Plate at Eagle Farm and a couple of races at Randwick on the same day (December 28).”

“He should pick up enough prize money from either to make the Guineas field.

“I was very happy with the way he trialled.”

The Tony Gollan-trained sprinter I’m A Rippa, who was scratched after drawing wide in the Lough Neagh Stakes on Saturday, led all the way to win his trial.

His next start will be in The Buffering at Eagle Farm on December 28 on his way to the Magic Millions QTIS race.