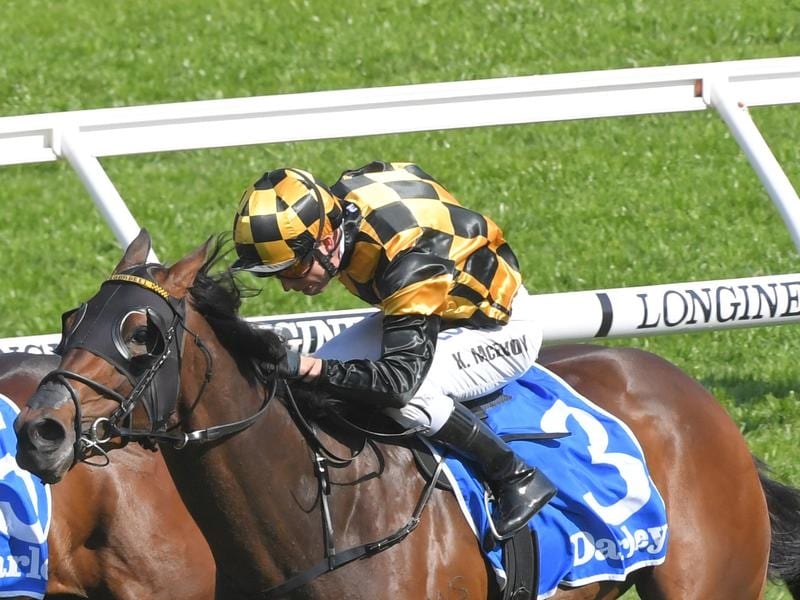 Probabeel will try give New Zealand another triumph in a Sydney autumn racing carnival Classic.

Having captured the ATC Australian Derby with Quick Thinker, the Kiwis have set their sights on a Classic clean sweep with class filly Probabeel in the Australian Oaks.

New Zealand horses have enjoyed a heady run of success in Sydney’s autumn blue ribands with three of the past six winners of the Oaks (2400m) all trained across the Tasman.

That’s not including last year’s winner Verry Elleegant who was Sydney-trained but born and raised in New Zealand where she did her early racing.

Jamie Richards will be the hope of his homeland at Randwick on Saturday with Probabeel after making a belated decision to extend her preparation.

The filly sits high in the market at $4, behind only the Godolphin-trained Colette ($3 fav) who is on a seven-day back up after winning last weekend’s Adrian Knox Stakes.

Probabeel is untested at the distance but she is stoutly bred.

By noted sire of stayers Savabeel, she is out of Pins mare Far Fetched who was stakes placed over 2100-metres before finishing unplaced in the 2014 New Zealand Oaks.

The New Zealand industry is renowned for breeding quality stayers and Richards says it is no surprise his country has had such success in the three-year-old Classics in Australia.

“They’ve always been kind to us and they are nice races to target because obviously our horses can stay a bit,” Richards said.

“It’s nice to be targeting a race we have had success in in the past as a nation.”

The class runner in Saturday’s renewal, Proabeel kicked off her campaign in January with back-to-back wins in New Zealand and brought that form to Australia, winning the Group One Surround Stakes.

She was runner-up to Funstar in the Phar Lap Stakes and just failed to reel in Shout The Bar in the Vinery Stud Stakes (2000m) last start.

That was to have been her grand final but with the shape of future racing carnivals uncertain, Richards decided to press on to the Oaks.

“She is getting to the end of a pretty long campaign now but with so much uncertainty around what’s going to happen in the spring, I think we’ve made the right decision to run her,” Richards said.

“She has held her fitness and she’s continued to train well so we’ve certainly been pleased with her.”

Early punters have narrowed the Oaks down to four chances – the Vinery Stakes trifecta of Shout The Bar, Probabeel and Nudge, along with emerging filly Colette.

The remaining nine runners are all at $14 and longer.