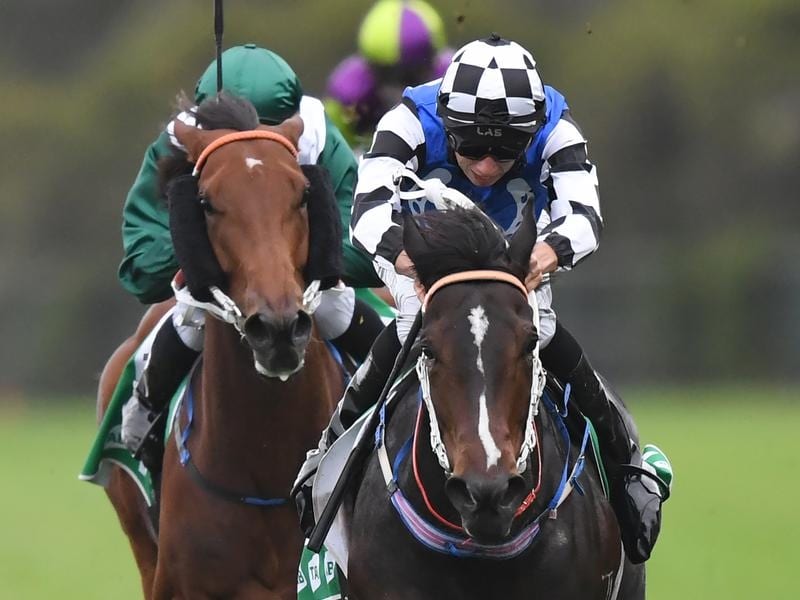 Princess Posh is ready to tackle the G1 Tatt’s Tiara after being scratched from the Stradbroke.

Princess Posh has done well since her late scratching from the Stradbroke Handicap and is ready for a crack at Group One company in the Tatt’s Tiara.

The Kris Lees-trained mare was considered a top lightweight hope in the Stradbroke after her second to The Bostonian in the Group One Kingsford Smith Cup.

Lees and jockey Larry Cassidy were dismayed when Princess Posh was judged to be lame an hour before the Stradbroke, especially Cassidy who had been wasting hard to rider her.

Lees has elected to press on with Princess Posh and tackle the last Group One race of the Australian season, the Tatt’s Tiara (1400m) at Eagle Farm on Saturday.

Princess Posh worked on the course proper between races at Doomben on Wednesday and pulled up in good order.

Lees’ Queensland manager Mel Eggleston has been looking after her and said the mare was thriving in Queensland.

“She ran smart time at Doomben and the vet went over her and gave a thumbs-up,” Eggleston said.

“She is bucking her brand off up here. Kris believes a month between runs won’t do her any harm.”

Godolphin trainer James Cummings has the first three in the market with 33 nominations taken on Monday.

Savatiano heads betting at $5 from Pohutukawa at $7 and Multaja at $8.

Godolphin has won six stakes races this winter capped by Trekking in the Group One Stradbroke on June 8.

Prompt Response was trained by Gai Waterhouse and Adrian Bott until last spring while Eckstein has done all her racing so far for Kurt Goldman until being bought by Coolmore at the recent National Broodmare sale.

The Tiara is the last chance for many of the nominated fillies and mares to claim a Group One win or placing before going to stud.

Queensland’s best Tiara hope Outback Barbie appears to have recovered from a slight throat infection and is likely to take her place.