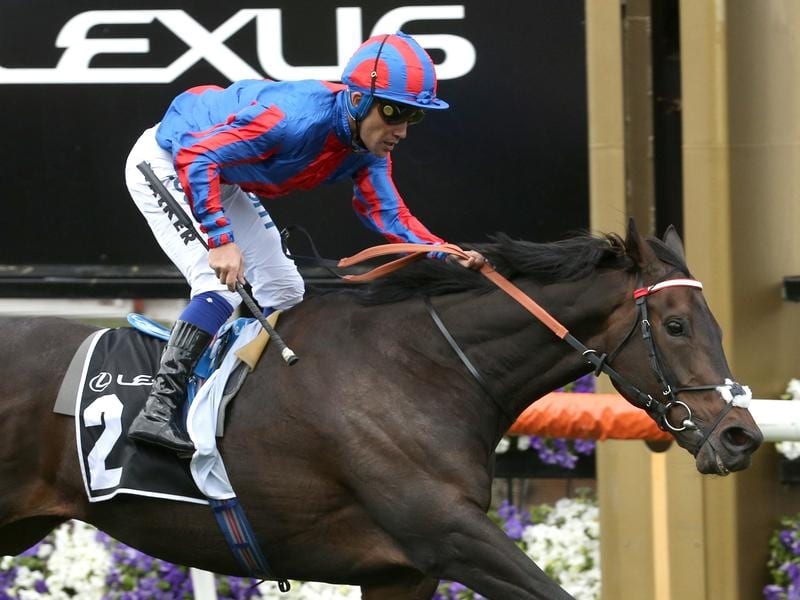 Melbourne Cup placegetter Prince Of Arran has run third in a G3 race ahead of his trip to Australia.

Melbourne Cup placegetter Prince Of Arran has rounded out his European preparation for a second tilt at the race with a Group Three third at Kempton.

Trained by Charlie Fellowes, Prince Of Arran finished 1-3/4 lengths behind the winner Royal Line after being held up midway through the September Stakes (2400m).

Prince Of Arran finished third in the 2018 Melbourne Cup behind Cross Counter and Marmelo who are both confirmed travellers again.

Fellowes said on Twitter, Prince Of Arran would enter quarantine this week.

“And that’s a wrap for Prince Of Arran in Europe this year. Great run to finish 3rd in the Group 3 September stakes. Should put him spot on for his trip to Australia. Enters quarantine on Thursday. Can’t wait to get back to Melbourne” he said.

The TAB has Cross Counter and Marmelo among four horses at the top of the Cup market at $15 with Prince Of Arran in a large group on the second line at $26.

Prince Of Arran won his way into the last year’s Cup with victory in the Group Three Lexus Stakes three days earlier.