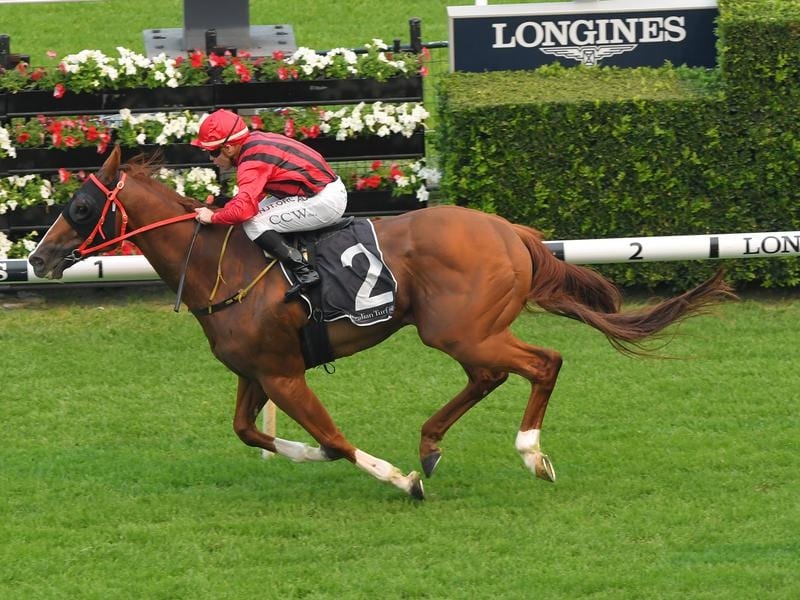 Passage Of Time has turned in a form reversal to score an all-the-way win at Randwick.

The decision to start Passage Of Time on a seven-day back-up following a muddling performance has paid dividends with the gelding bouncing back to score an authoritative win.

Trainer Joe Pride was perplexed when Passage Of Time raced below expectations last weekend and felt the big-striding horse may have resented having limited galloping room.

But the six-year-old brought his A-game on Saturday with apprentice Chris Williams controlling the tempo to lead throughout in the December Handicap (1400m) at Randwick.

“Last week, I’m not sure what it was and I still can’t explain it, but he was quite hot before the race which is not like him.

“Today he was a lot calmer.

“He can run a decent 1400 and when he got control of that race I thought Chris handled him perfectly.”

From the final crop of ill-fated sire Northern Meteor, Passage of Time will stick to similar grade races, although Pride is open to raising the bar to stakes grade if the right opportunity presents.

“He won three Saturday races last preparation and this is about his level, sort of Listed, maybe Group Three level,” Pride said.

“But he’s a good horse and I’m just happy to have him in the stable and winning.”